My original inspiration for the Shattered Empire was the Hellenistic Kingdoms that formed from the remnants of the Achaeminid Empire in the 3rd century BCE, but the better example really is the remains of the Western Roman Empire in the late Migration Period in the 6th to 8th century CE, between the fall of Rome and the Carolingian Empire, and long before the Vikings. It’s more reminiscent of the kind of landscape I want to go with, and it’s also a period you don’t really see at all made use of for fantasy.

The main way in which using a historic period as visual reference is typically in the armor and the architecture. I might eventually get around to look into the later (probably not, as these things tend to go), but I did get a decent amount of reference images for armor from the period, which I think make for a good starting point to give the setting some specific character. 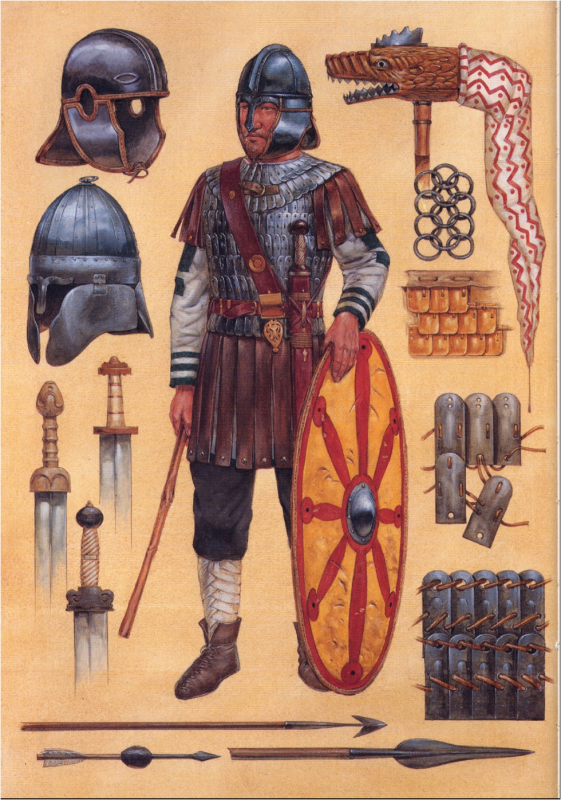 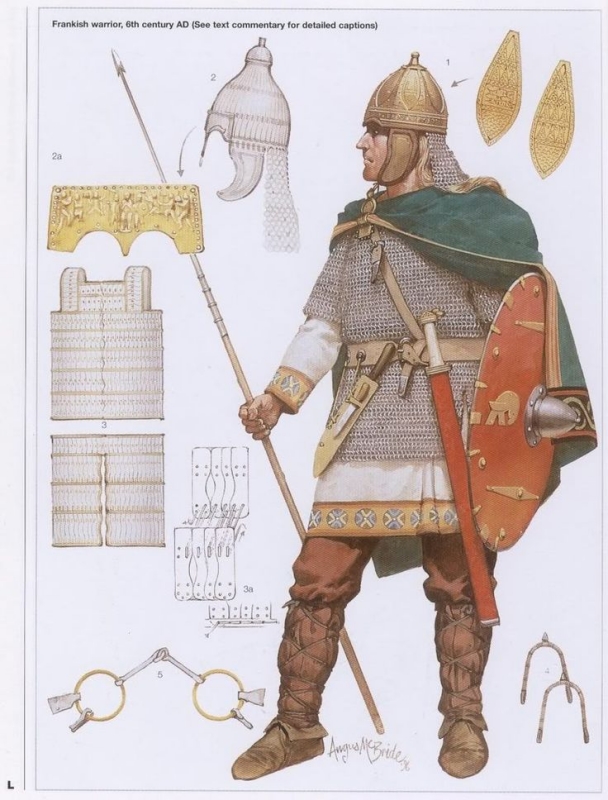 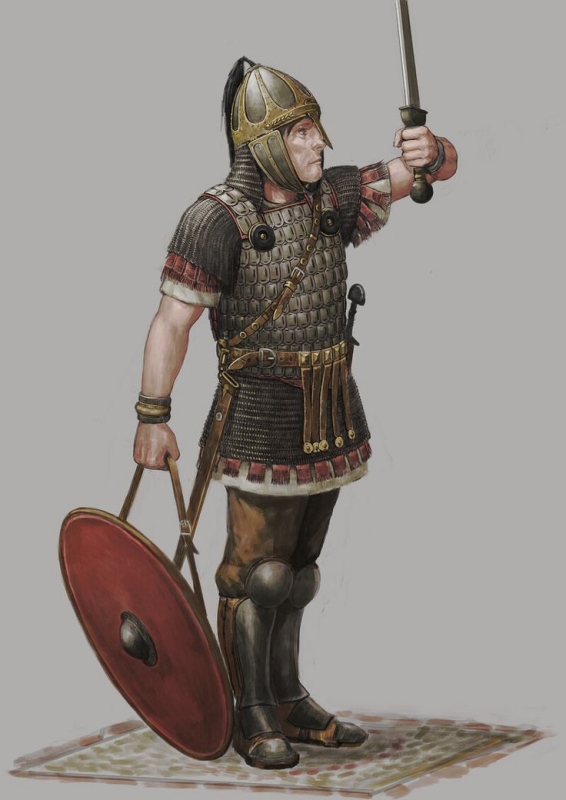 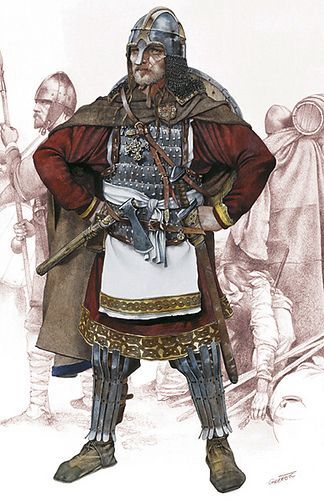 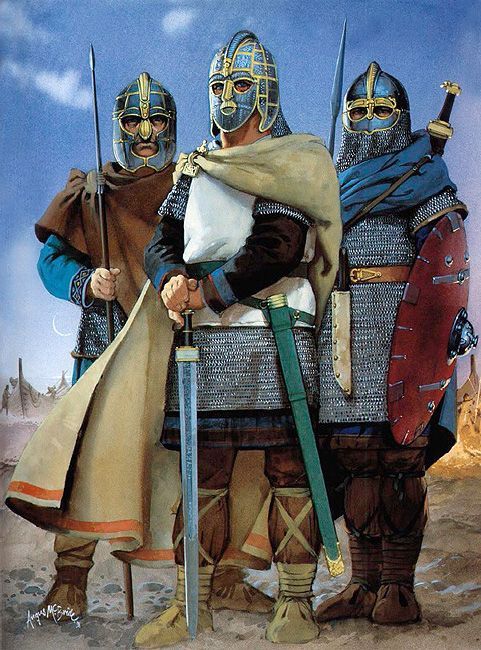 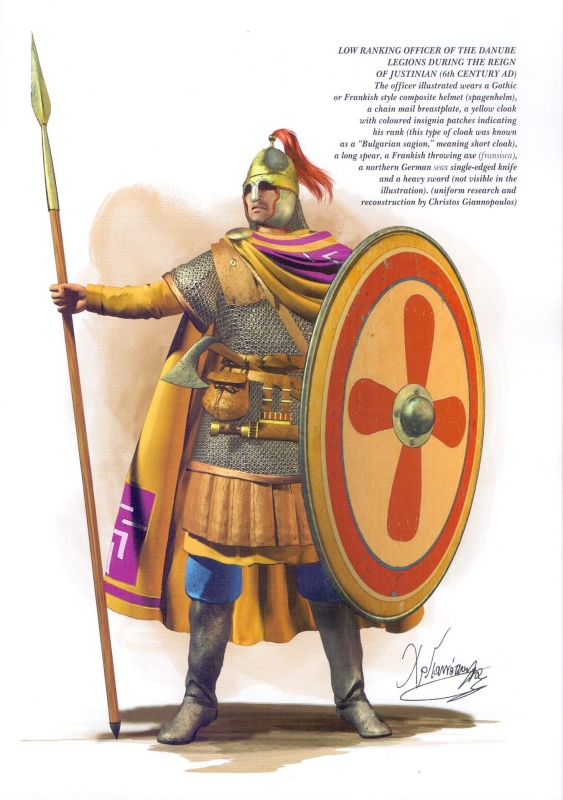 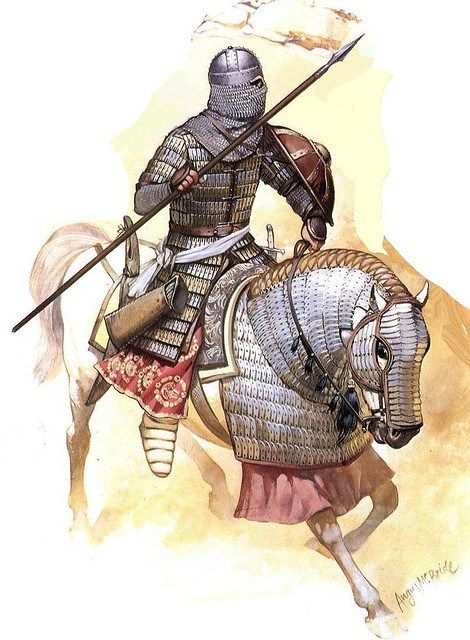 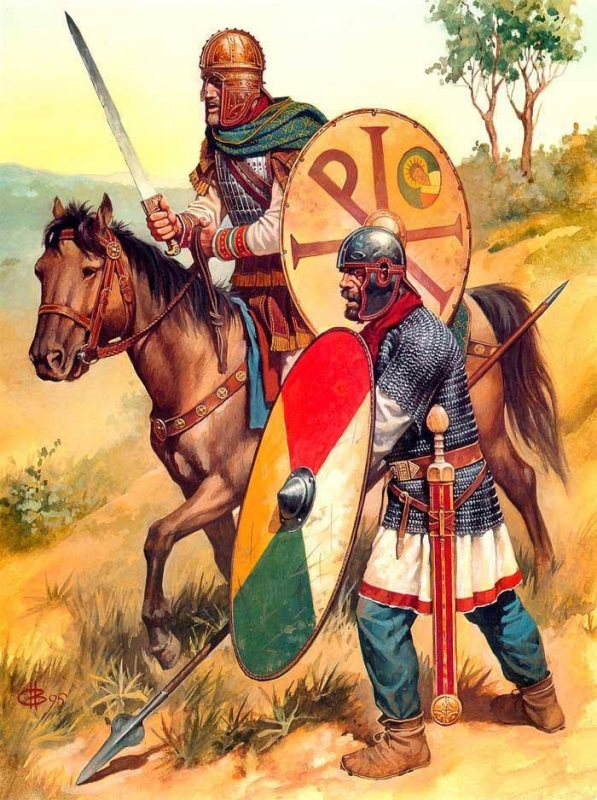 B/X and OSE have only three types of armor, which are called leather, chainmail, an plate mail, but effectively they are just light, medium, and heavy armor.

I think that Light Armor can be very well represented by central Asian leather scale lamellar armor. I didn’t see it at all in any of the images for the period I’ve come across, but it is well known from later centuries and the construction is basically the same as iron lamellar, which appears everywhere. I think it’s very likely that this kind of leather armor would have existed at the time, but being leather there’s simply no surviving examples that were ever discovered. And at the end of the day it’s fantasy, so I can do whatever I want, but I think it would fit with the other types of armor very well. And I think still much more realistic than typical fantasy leather armor.

For Medium Armor, we can just stick with the maille shirt and hauberk. This armor was popular back in antiquity and remained so late into the Middle Ages, and it does appear in images showing armor of this period everywhere.

With Heavy Armor, we see lamellar cuirasses over clothing, over maille, and even in almost full body versions. This really seems to be what everyone was using at that time to make cuirasses. It’s an armor type I never really see in fantasy illustrations, and I think that makes it a wonderful choice for a setting that feels like it could be a real place but doesn’t look like a typical fantasy world you’ve seen a dozen times before.