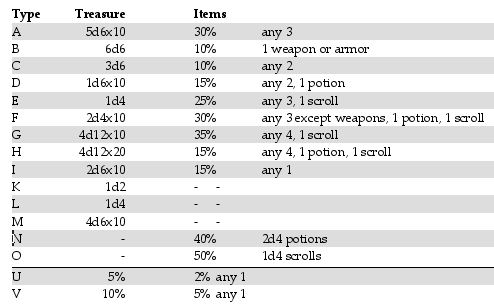 One thought on “Simple Treasure table for B/X”