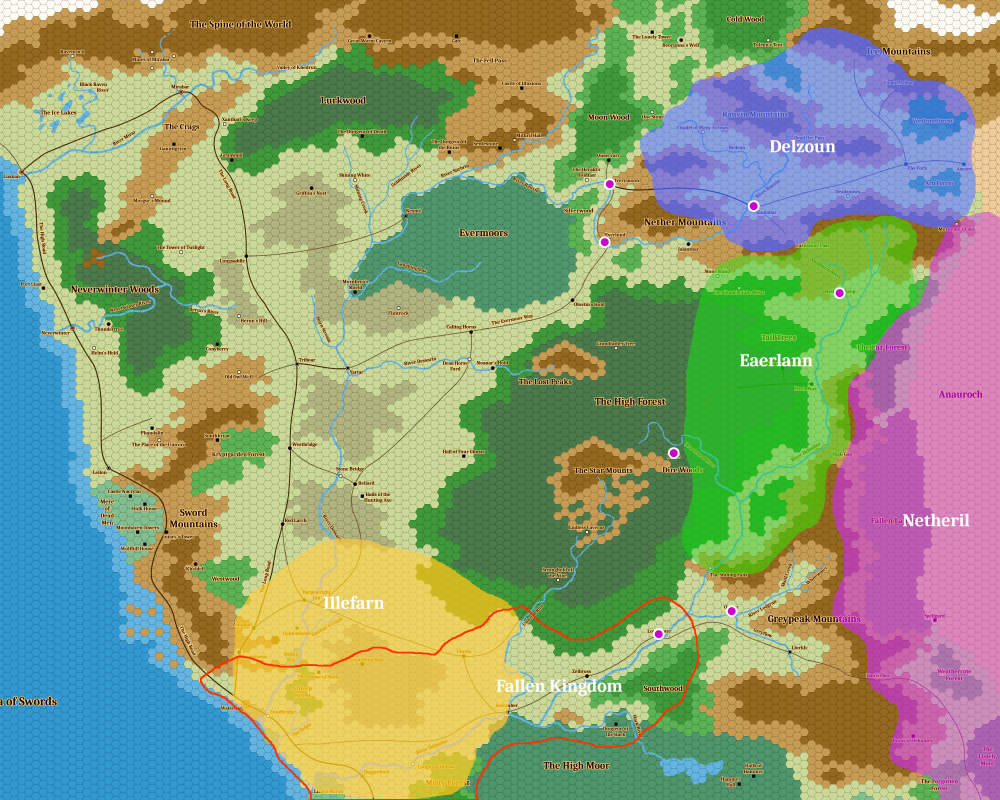 The ancient borders of Eaerlann, Netheril, and Delzoun are fairly well described in the material. In contrast, the borders of Illefarn and the Fallen Kingdom are only mentioned very vaguely and the outlines here are purely my own personal guess.

One discrepancy in the description of the elven realms is  with the inhabitants of Eaerlann. “For millennia, gold elves dwelt in Illefarn (where
Waterdeep now stands) and Eaerlann (along the River Shining).” This sentence seems to state that the people of both Illefarn and Eaerlann were gold elves. However, it is stated in other places that the half-elven renegades of the High Forest are descended from moon elves. It is also stated that the only known group of elves still living in the North are moon elves in Ardeep Forest. And Ardeep Forest is one of the explicitly mentioned places belonging to the Fallen Kingdom, which was founded by elves from Earlann long after the elves of Illefarn had all left for Evermeet. I believe this to be a case of editorial error and that Eaerlann was in fact a realm of moon elves. Wood elves are never mentioned at all in any of the 1st edition sources for the region. 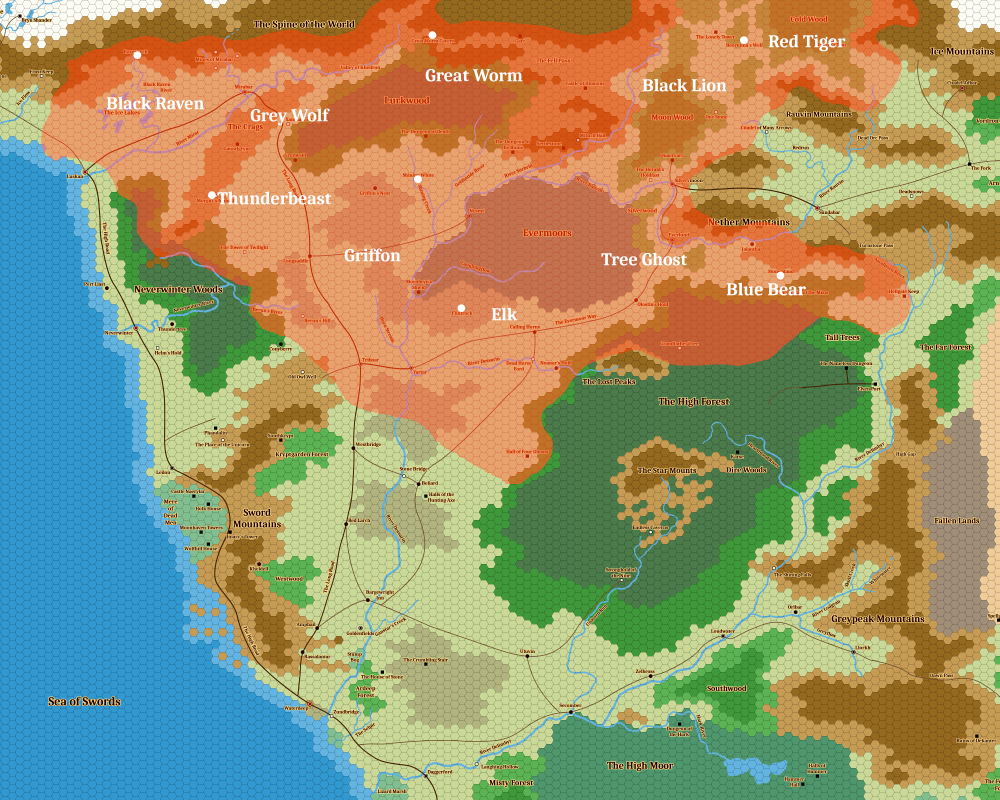 I have never actually seen any maps showing the areas that the Uthgard tribes are calling their homes. All we’ve ever been given explicitly are the locations of their holy ancestor mounds and the towns of Griffon’s Nest and Grunwald. However, the descriptions given on each tribe in The Savage Frontier does provide quite a bit information to work with, which resulted in this interpretation of where the Uthgardt would commonly be encountered. Not much information is given on the way the Uthgardt live, but it appears that they do not practice any kind of farming, and so probably rely on a combination of hunting, gathering, and possible some herding.

When comparing this map with my earlier map of the areas where towns are located and most farming would be done, the areas where the two overlap happen to be the ones of the Grey Wolf, Griffon, Elk, and Blue Bear tribes. Which also are just the tribes that most commonly come in conflict and attack the new settlers. Which makes me think that there really was some thought put into the placement of towns and tribes, and gives me more confidence that my interpretations are pretty good.