I first got into Forgotten Realms, RPGs, and even just fantasy in general for the first time with Baldur’s Gate and Icewind Dale, at an age where anything you’re really into probably is going to stick with you forever. Eventually I did cool down significantly on the Forgotten Realms as a good setting for playing campaigns in, and once I threw out 3rd edition and Pathfinder and got interested in B/X, I actually got actively annoyed at how silly and bloated Faerûn had become, and aware of how cloyingly cutesy and twee those 2nd edition sources had been. But a year ago I had decided to sit down with the original AD&D 1st edition Grey Box and some of the FR-series sourcebook and really read them front to back to find the world that was actually originally presented, before the many many retcons of 2nd and 3rd edition.

It’s much smaller and also a much better setting for adventures, with a very different style of fantasy than what D&D has been for the last 20 years. I actually really want to run a big OSE campaign in it now. And I was thinking earlier today what I feel the original Forgotten Realms should look like, and what illustrations I could use to set the tone for players only familiar with the Forgotten Realms of today. 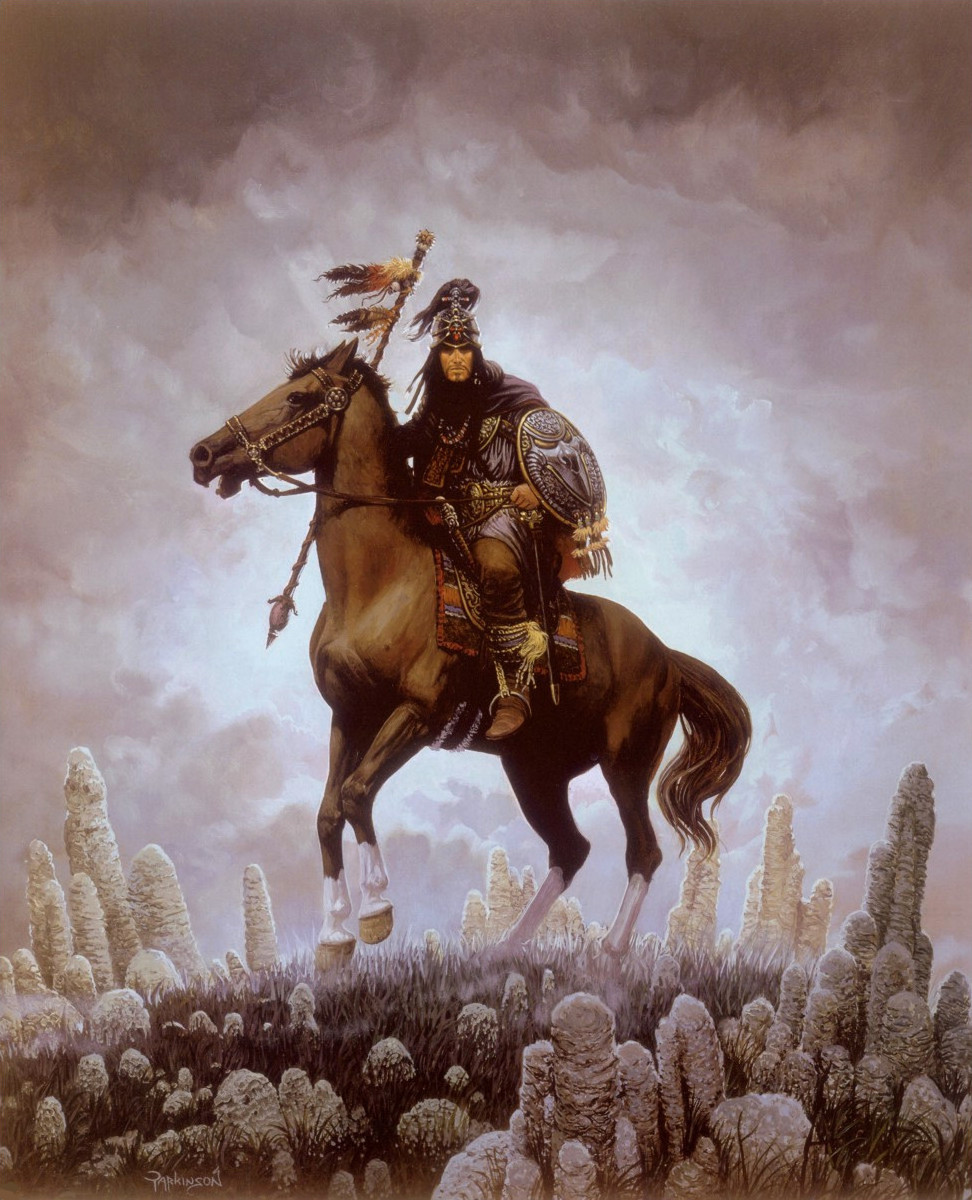 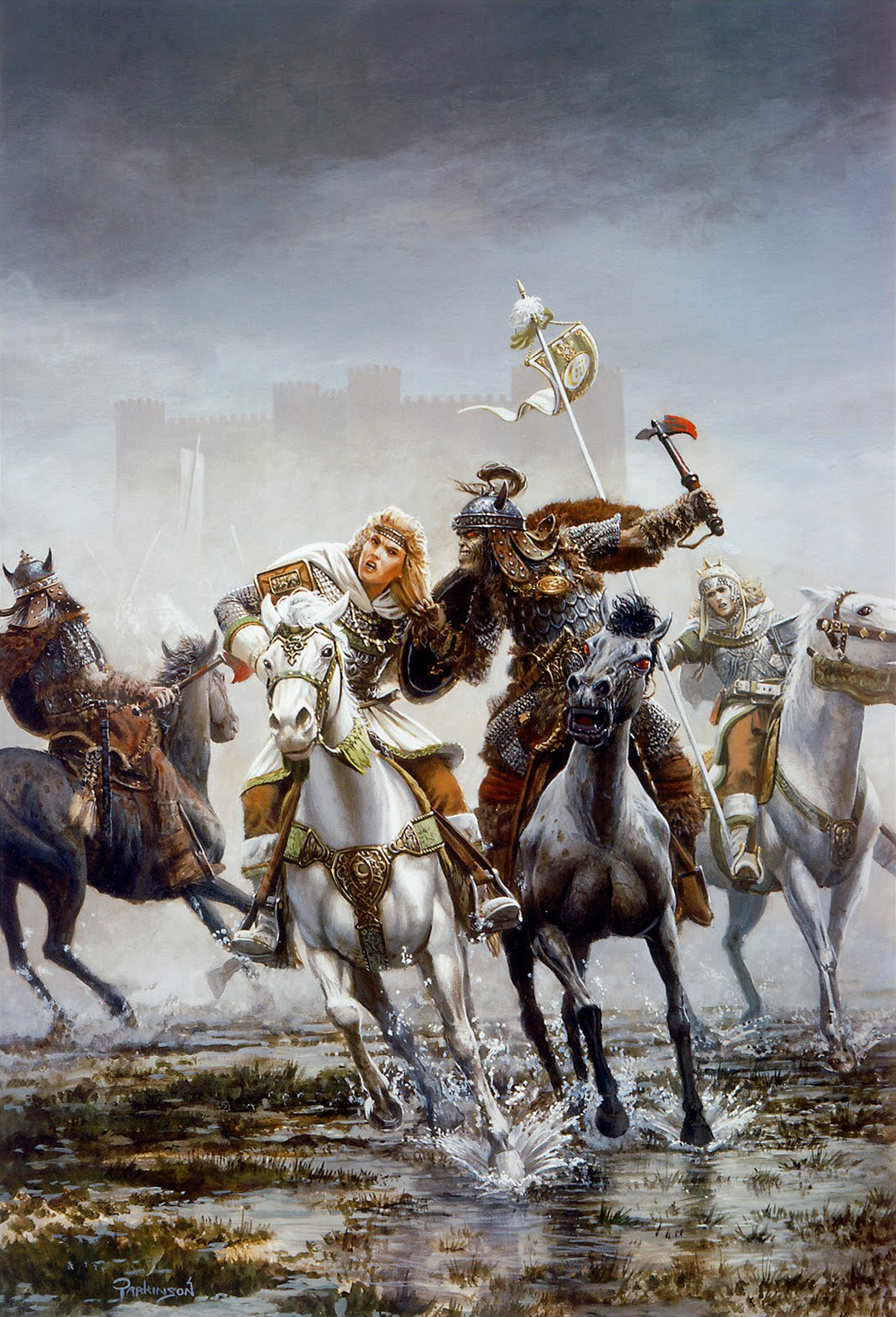 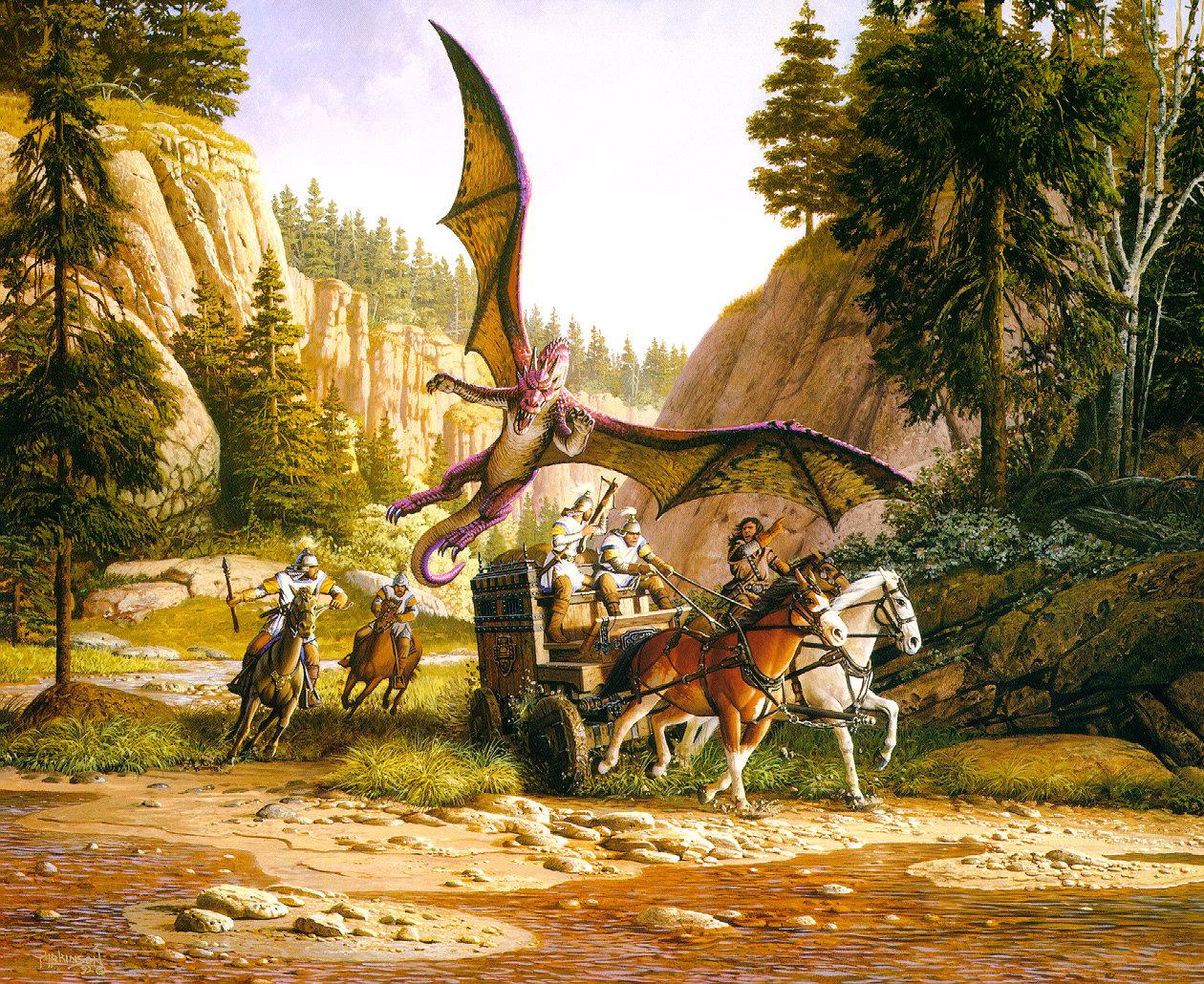 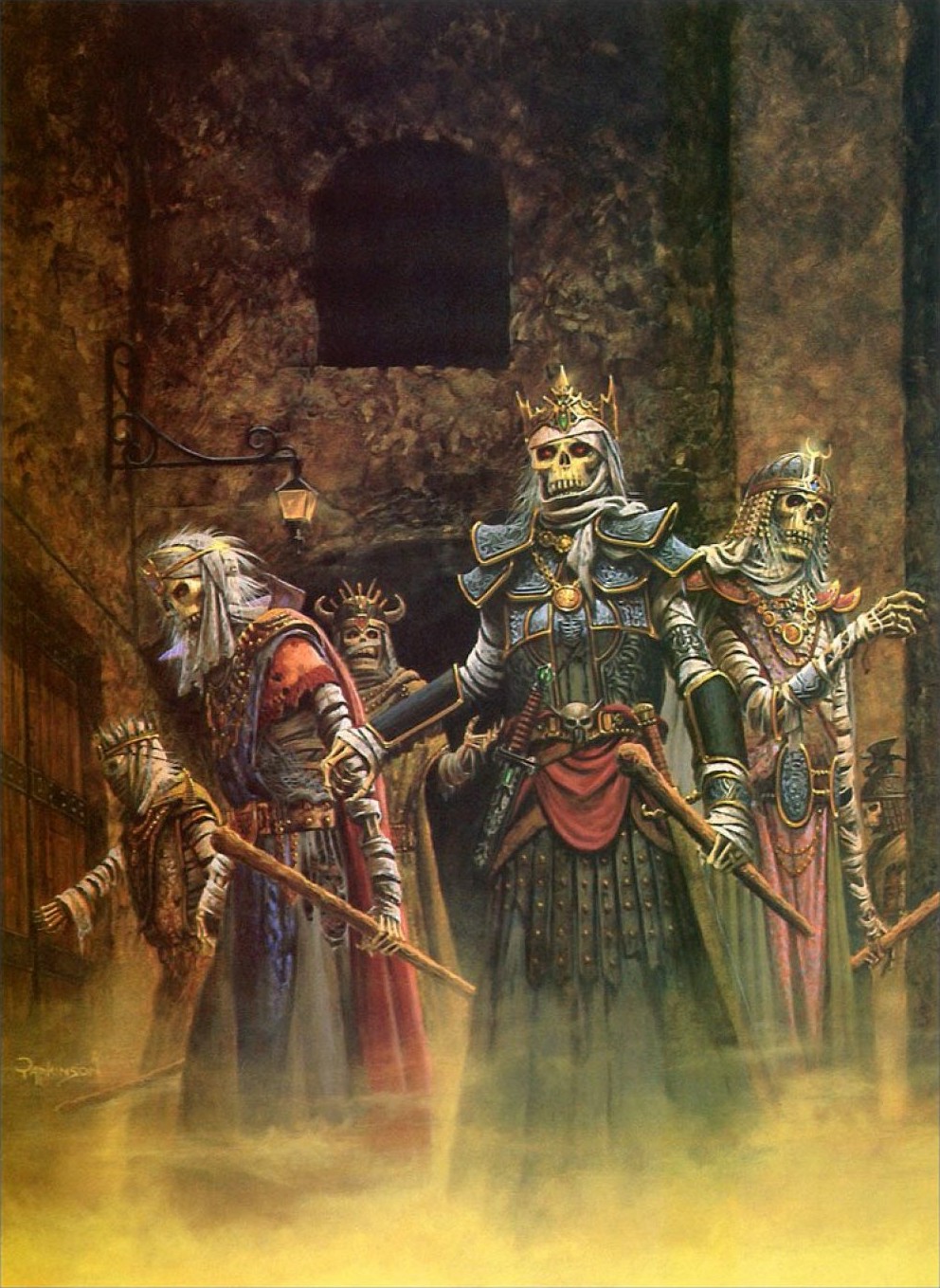 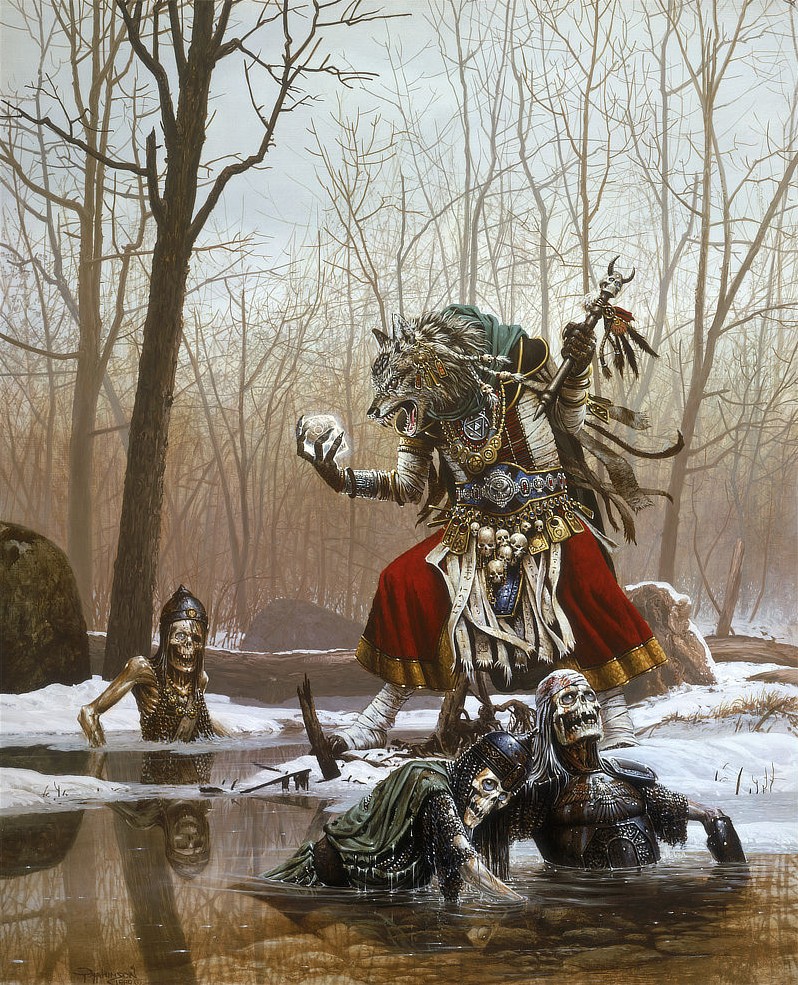 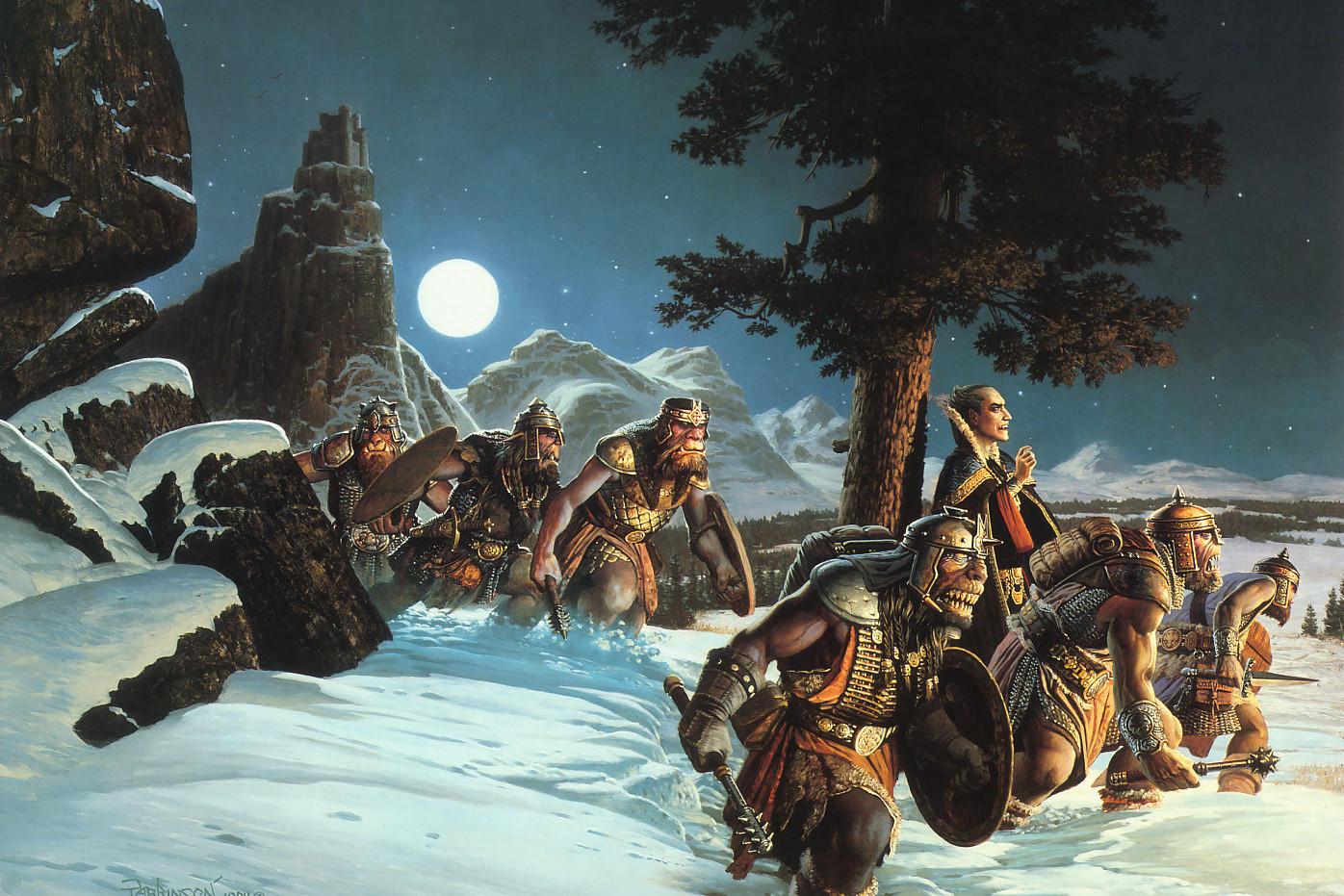 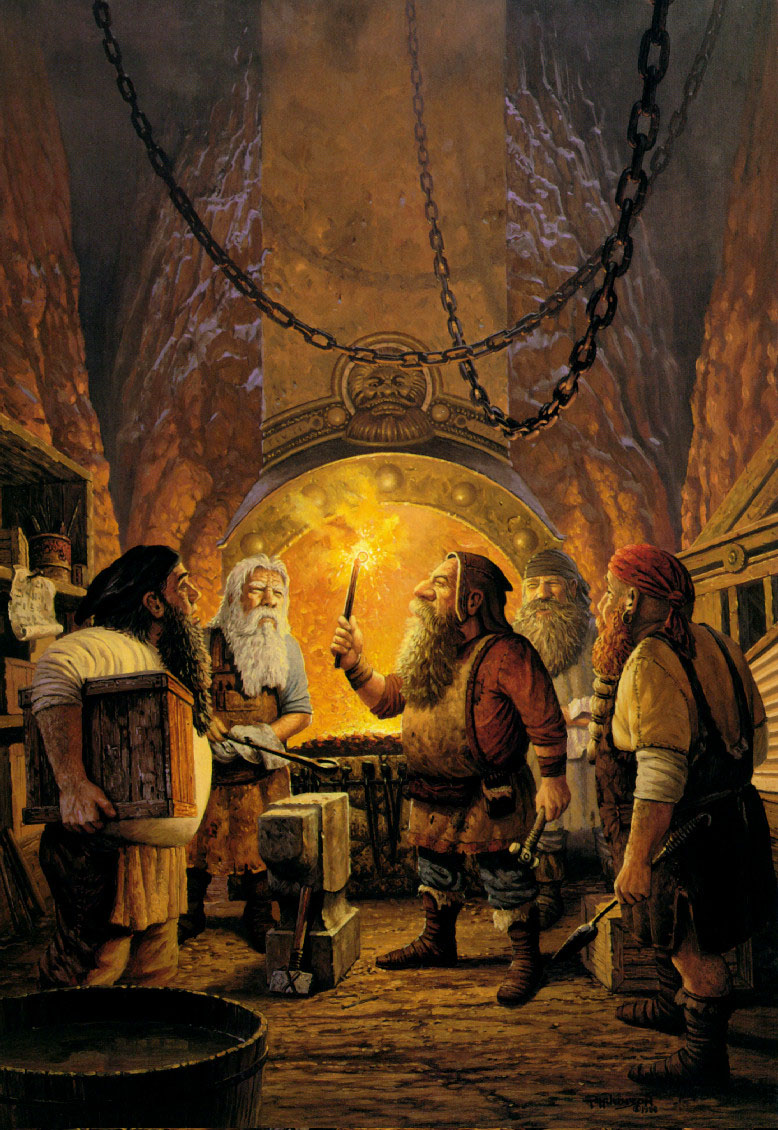 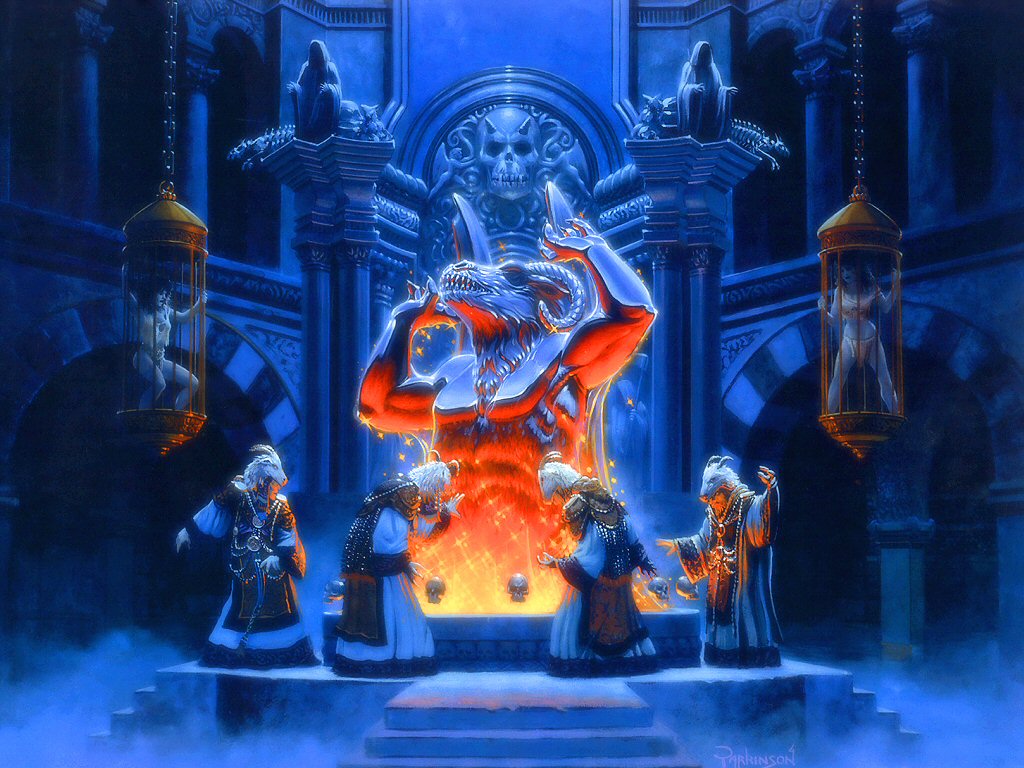 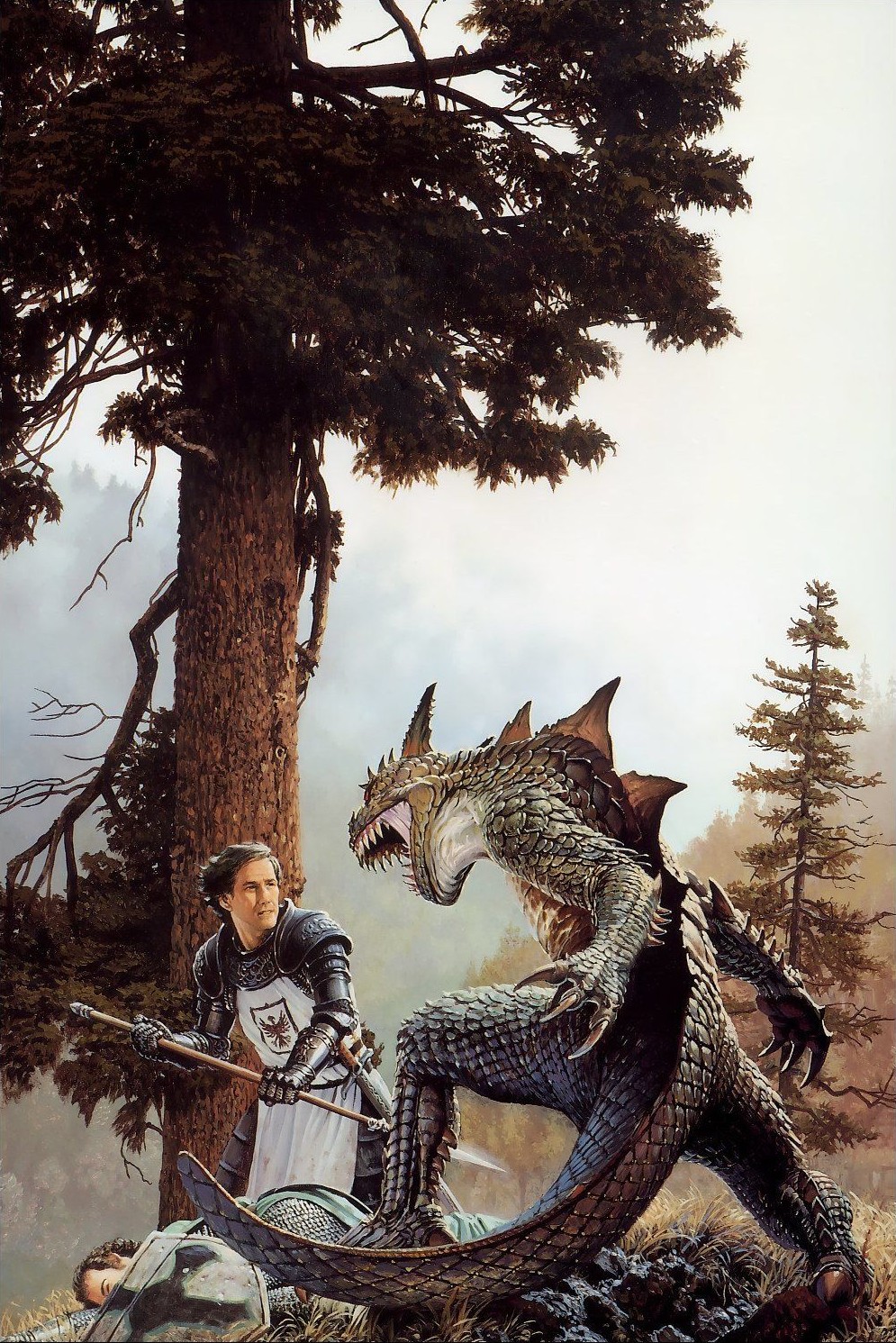 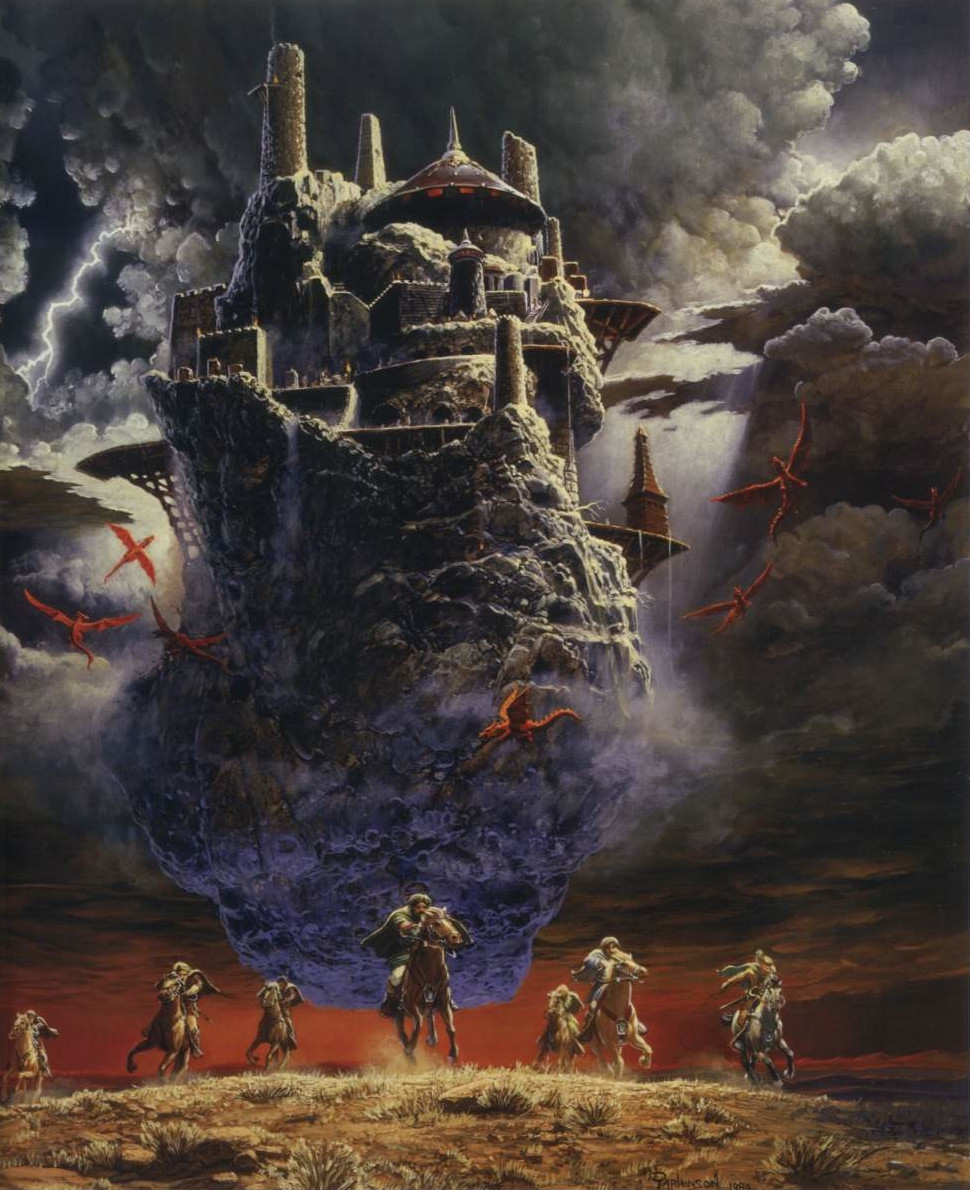 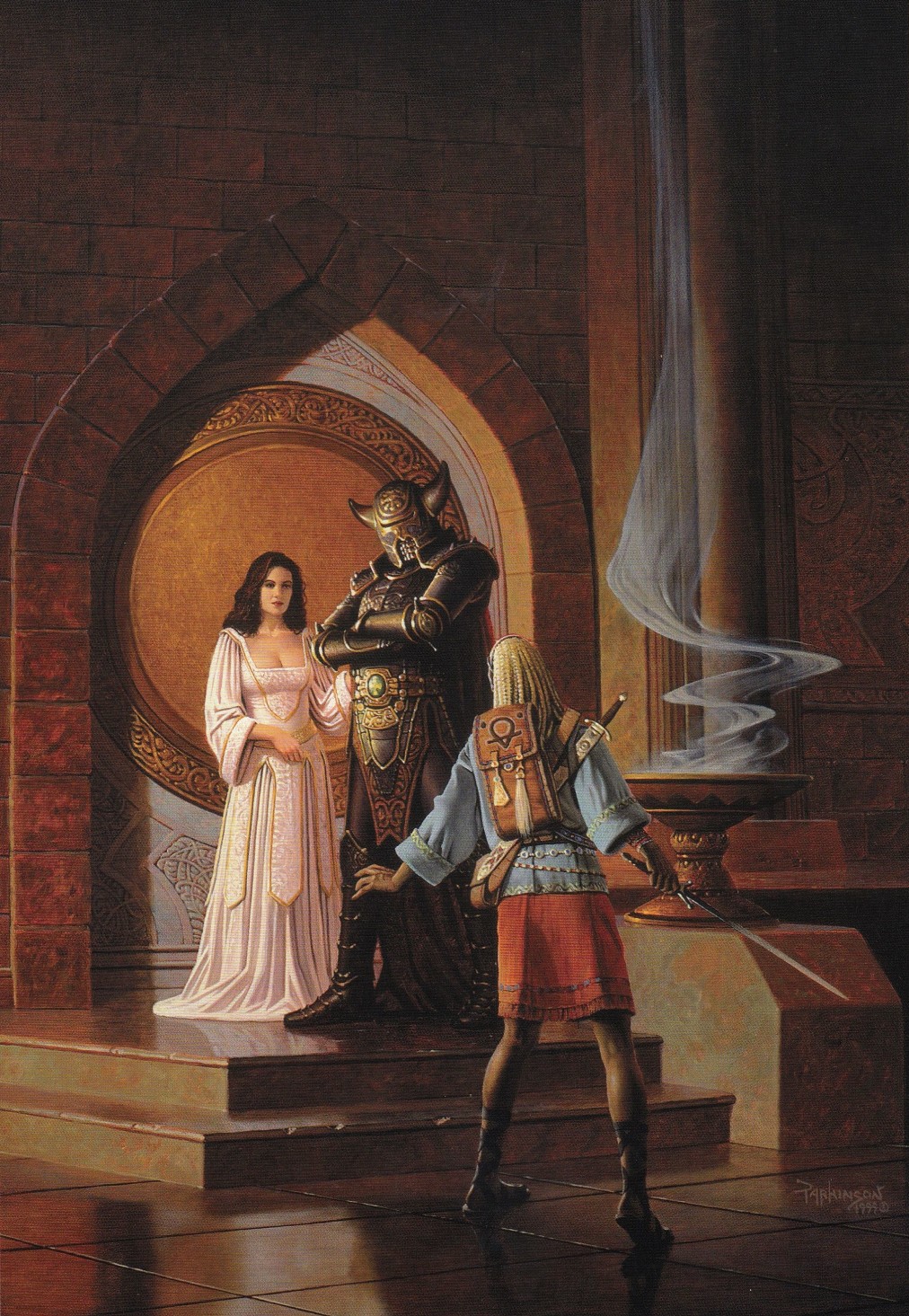 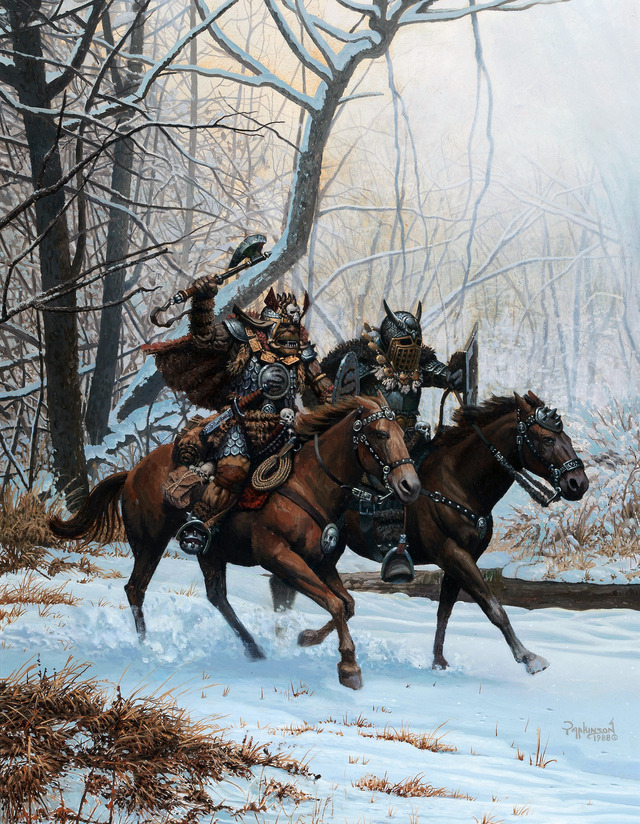 There are many great Jeff Easley paintings as well, but I think the depth of the background landscape that Parkinson regularly did adds a lot more to the feel of a large and wild world. I also get an impression that the visual designers of both Baldur’s Gate and Icewind Dale took very big inspiration from Parkinson’s illustrations, which makes them feel more right and on spot for me.