Just wrote this to revive an old discussion on Enworld and thought it actually fits really well to post here:

I’ve been thinking about possible new Forgotten Realms campaigns several times this year. And while I often get quite excited about seeing adventures in many of these interesting places and with these interesting organizations, I’ve typically run very quickly into the same problem that I can’t really think of anything interesting for the players to do.

Say you have a group of PCs arrive in Daggerford or step of the boat in Telflamm, what’s next? Going into some nearby dungeons to get their footing is of course always an option. The very first Forgotten Realms adventure Under Illefarn does exactly that. Classic Dungeon Crawling to hunt for treasure works as a campaign, but when you look at a world like Forgotten Realms with these huge fancy maps and all the colorful cities on it, I think that would feel underwhelming and like not making proper use of the setting.

Another option that became very popular especially during the 90s is the now also classic approach of “Local mayor/sage/priest calls for heroes to fight a dangerous evil and sends the PCs to an increasingly dangerous series of dungeons until they get to the main villain’s lair”. Again, this works. And I think 20 years ago, that would have been absolutely perfect for me as either a GM or a player.

But now I find such campaigns insufficient and unsatisfying. A campaign should be about the PCs dealing with the consequences of their successes and failures, giving meaning to their wise decisions and wrong calls. Taking the players by the hand to get them introduced to the starting area is not a bad thing, and often actually much better than dropping them off in a tavern to fend for themselves. But very soon, the players should be able to decide on their own what things they want to pursue, which NPCs to pursue for closer cooperation, and which NPCs’ activities they want to interfere with. And it seems to me that of all the available material that exists for the setting, there is very little that is directly useful in this regard.

Thinking about this again today, I was having the thought that perhaps the issue here lies in the fact that pretty much all the organizations and factions that would gladly do harm to the good people of civilization happen to be secret societies with fairly nebulous goals. The vast majority of threats are conspiracies, and the whole point of conspiring is to not only keep the plan secret from outsiders, but to also hide the fact that there is any kind of plan in the works to begin with.

To be aware that something shifty is going on, you already have to be in the game. And the generic aspiring adventurers who just stepped off the proverbial boat happen to be completely oblivious to the local power structures and unspoken rules, and have no connections who trust them with sensitive information. I think that’s exactly the issue that has made the Forgotten Realms such a difficult beast to tackle since I started looking for more than Elminster Fetch Quests and Kill The Orcs Because They Are Orcs. There is a mismatch of what the PCs are supposed to be and what is the most interesting feature of the setting. Which isn’t unique to Forgotten Realms, of course. The exact same thing has always been plaguing Vampire: The Masquerade, and it is quite similar to why Planescape is way more fun to read than creating adventures for it.

There is an opinion that has thankfully become a lot more common in campaign setting creation circles in recent years that a good campaign setting begins with identifying the kind of adventures that are going to take place in actual campaigns that are being played. Once you have figured out what the PCs will be doing you can define what PCs in this world will be. And then you can develop all the content regarding factions, cultures, history, and so on tailored to be in support of that play style. I don’t want to give Forgotten Realms too much crap on this as a big failure in worldbuilding. The setting was officially released as a D&D setting in 1987, just three years after Dragonlance had completely rewritten the entire paradigm for what a great D&D campaign is meant to be. Go to dungeons and kill villains while every step is directed to you by a powerful NPC who explains what’s going on probably was just what people wanted to see.

As was the style at the time. 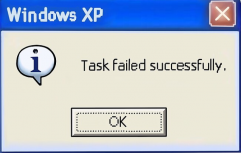 One thought on “Ay, where all the Secret Societies at?”