This week my worldbuilding efforts for the Old World have been spend mostly on trying to develop the role and nature of demons and the Underworld. And the unfortunate conclusion that I’ve reached is that my original ideas really don’t work for the kind of setting the Old World has become.

Lovecraft Horror in the Bronze Age is a cool idea, but the focus of the Old World lies somewhere else, and it just doesn’t fit in. I really, really like the six types of Underworld creatures I had planned, but they are just way too much like space aliens. (Partly because five of them are straight up adaptations from sci-fi videogames.)

But it just doesn’t work. The Old World will be a much better setting without them confusing things. In such cases there really is no point in dragging along dead weight that will only be a burden. So they just have to go.

But I think I might still be able to at least salvage the aboleth archetype. Instead of being some eldritch being from before time, it can still work as simple one big ass evil fish. This picture is just too cool not to do something with it. 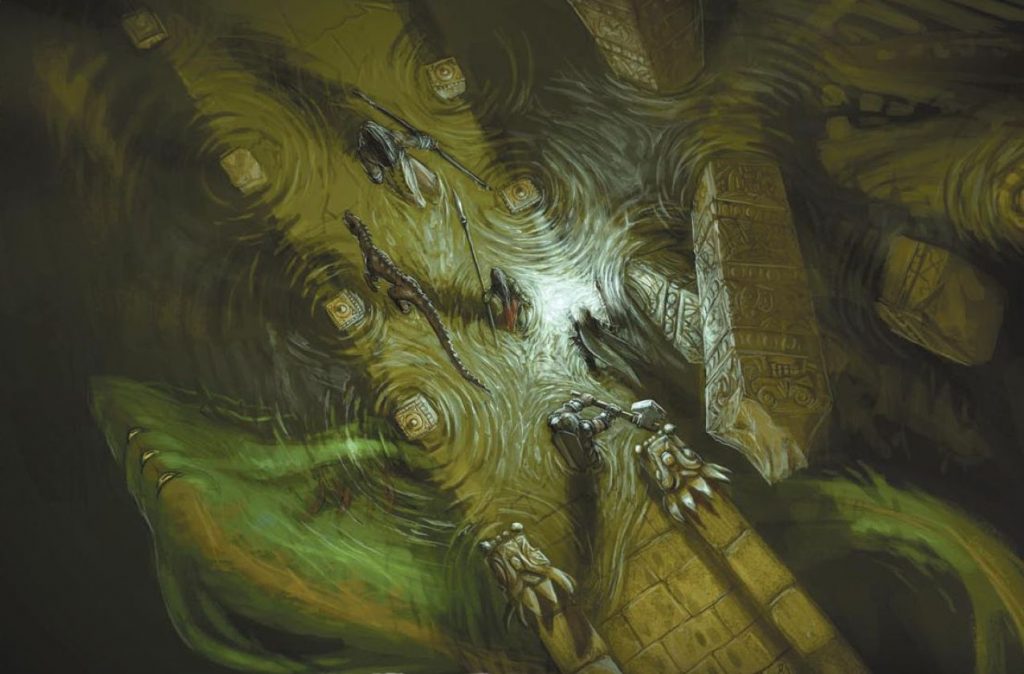