Right now I am seriously considering making my own B/X clone. Does the world need another one? Of course not. But the amount of work is trivially small (I had the idea yesterday evening and it’s almost complete by now) and I am mostly interested in it for my own personal use. Since I am doing the work anyway and I got most of the ideas from other peoples B/X variants, why not put it all in order and make it available for free?

I am normally not a fan of D&D at all. I think AD&D is the most terribly designed and messily written RPG I’ve ever seen getting any widespread response, and while the d20 system of 3rd edition cleaned up the mess and straightened out the math, it actually made the rules even more needlessly complex and overdesigned. (Took me over 10 years as a GM to come to that realization, though.) But Basic really does have a very nice charm that just doesn’t stop calling to me. It’s very small, very simple, and mostly works very well, and it also has huge numbers of fans active in creating and sharing their own variants and content. There are only two things in B/X which I really don’t like, which are the mindbogglingly insane rules to calculate a hit and the magic system. Fixing attack rolls and Armor Class is easily done. (So easily I can’t understand why it took 25 years to chance it!), which leaves only the magic system.

Magic in D&D is a classic case of what I consider disassociated mechanics. Spell plots and spell preparation are game mechanics that exist only as mechanics without actually representing anything in the fictional world of the game. The books occasionally try to somehow come up with an explanation why it works that way in this specific kind of fantasy world, but it never really feels truly belivable to me. And it’s a major obstacle that keeps D&D from being a generic system for campaigns set in any average fantasy world. Being very pleased with the attempts done by Spears of the Dawn in this regard, I checked out Stars Without Number (a B/X sci-fi game), from which it takes most of its rules. It looks really great and with a few tweaks would be what I’d use to run Star Wars or Mass Effect, and it’s also free. The magic system of SWN is actually a completely different one and seems to be based on the psionics rules from the D&D 3rd edition Expanded Psionic Handbook, which is my favorite magic system ever written. But the XPH rules are a bit too complex compared to the simplicity of B/X games and what Crawford did to make it simpler seems really very good. Add to that a number of ideas from Lamentations of the Flame Princess and the bestiary from Basic Fantasy and there is already something really nice looking taking shape.

The main goal is to provide a rules system that works well with the Ancient Lands setting I’ve been working on for a while. Which in turn is greatly inspired by the stories of Robert Howard and Fritz Leiber, but also Kane by Wagner and The Witcher by Sapkowski. With additional influences from Dark Sun, Skyrim, and Dragon Age II. (And Star Wars, because everything is better with Star Wars!) Barbarians of Lemuria would be a good game of choice and it is a very nice game. But I have to admit that I really have a great appreciation for class based systems. Leveling up by distributing advancement points after every adventure isn’t really my preference. Sorry, BoL. Yes, there are already OSR games based on Sword & Sorcery, like Crypts & Things and Astonishing Swordsment & Sorcerers of Hyperborea. But AS&SH is still based on AD&D and Crypts & Things seems to be unavailable, and they both cost money! It’s not that they are very expensive, but when we’re all putting together our own packages of house rules, you want to have a quick peek at what others are doing and nab a variant system or mechanic here or there. And I am not going around spending even just 10€ every two week to flip through a pdf in 20 minutes and decide that there isn’t anything interesting for me in it. That would add up very quickly. (And to be frank, while AS&SH is the tidiest version of AD&D I’ve ever seen, it doesn’t really make any changes to make it more of a Sword & Sorcery game.)

And so that’s why I am going to make my own B/X variant. 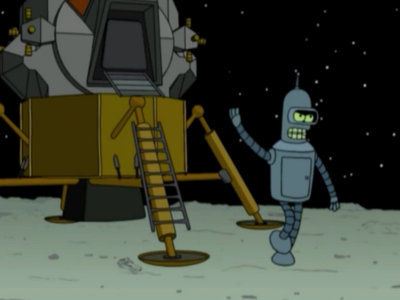 With owlbears and spriggans!