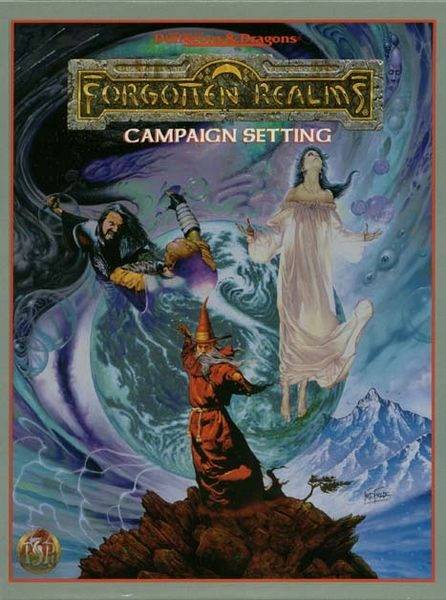 This version of the Forgotten Realms Campaign Setting was the first one I got when I started learning Dungeons & Dragons when the 3rd edition came out in 2000. While I still think the 1st edition version is the better campaign setting, this one of course had a huge impact on me. It has an interesting art style that I don’t recall seeing anywhere else and that colored my first perception of what the Forgotten Realms look like outside of the videogames that were around at the time. It’s a bit quaint, but it doesn’t have quite the renfairification that is bugging me about later 2nd edition material. The books released for 3rd edition of course had a completely different style, making me soon forget about the aesthetic that is presented here. But now I am feeling like trying to recapture some of the overall feel for a fantasy world that I got from this box. Unapproachable East might perhaps be the best of all the sourcebooks for 3rd edition that was released, and I think it comes as a pretty solid second in my own personal favorite setting sourcebooks, right after The Savage Frontier for 1st edition. In addition to a really good combination of character options, regional information, factions, and adventure hooks, this book does an excellent job with the art direction. It gives the area it covers a very distinctive feel, and I am more than happy to mercilessly butcher the sections about Rashemen, Narfell, the Great Vale, and Thesk for parts. I think this book easily ranks as the number one source for reference material for the Shattered Empire. 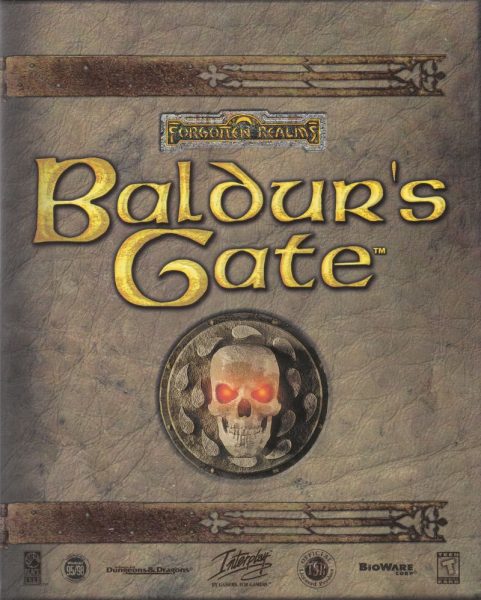 As a kid, I’ve been growing up on fairy tales and seen lots of kids’ shows that you’d clearly classify as fantasy, but I never really had high fantasy on the radar as a wider genre. I’ve read The Lord of the Rings once, thought it was nice, and never thought about looking for more of that kind. When I got into playing videogames, the games magazines I read had plenty of both fantasy games and roleplaying games, but I think I never actually read any articles covering them. I was only into sci-fi stuff and some historical RTSs and economy sims. I got Baldur’s Gate for the sole reason that I was terribly bored in the summer of 1999 and looked up the highest rated games in my old magazines to find something that might be worth getting to entertain me for a few weeks. And the ratings for Baldur’s Gate were through the roof, which made me actually read a CRPG review for the first time. It sounded interesting, mentioned how much easier it was to get into than other RPGs at the time, and so I got on my bike and here I am 23 years later.

Overall, the setting that is presented in Baldur’s Gate is quite pastoral and sub-urban in many places, with the dreaded renfairification of the Forgotten Realms in full swing by that point. But I still really love the look and feel of some of the more remote areas, particularly the Nashkel Mine and Cloakwood Mine, Firewine Bridge, and Balduran’s Isle. I’m totally gonna rip off those places without any mercy or shame. Icewind Dale is a rather different beast from Baldur’s Gate, and while the graphics and interface is essentially the same, it has a very distinctive look and completely different atmosphere. This one is probably going to have a much greater impact on the Shattered Empire as a whole. Kuldahar, Kresselack’s Tomb, the Dragon’s Eye, and the Broken Hand still remain some of my favorite sites in fantasy as a whole. 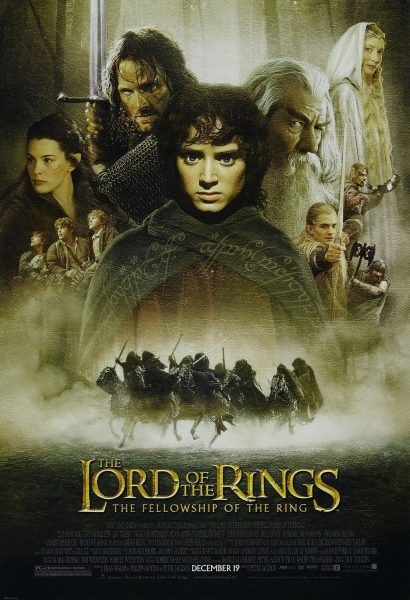 The Fellowship of the Ring came out right at the time when I had just been playing Icewind Dale and started getting into Dungeons & Dragons and the Forgotten Realms Campaign Setting, and as such had a big impact on my lasting perception of fantasy. What a glorious time to be alive. (And also 16, I’m sure that’s entirely coincidental.) In hindsight, I think the second movie is only okay, and the third one is actually kinda bad. But this one I still really like. Particularly the parts in Bree and the journey that follows, and then again the travel to and eventually through Moria, which all stand very prominent in my imagiation for what the Shattered Empire looks and feels like. The parts with the elves are a bit too fancy and dreamy for the style I want to aim at, but overall this really is one of my secondary reference sources. 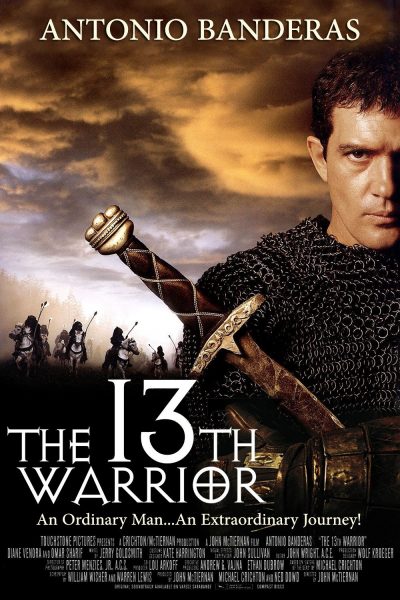 Some years ago, oldschool D&D fans seem to have come to the collective conclusion that The 13th Warrior is the most D&D movie ever made. And I am in full agreement. The investigation of the raided farms, the night attack on the king’s hall, and then of course the great assault on the cave lair of the savages is all prime high adventure material. If there is any good point to strive to make something more “cinematic” in an RPG, this movie should be the gold standard. I really don’t want to return again to “that Northern Thing” with the Shattered Empire, and I really had enough viking stuff to last me for a lifetime, but I think the great inspirations in this movie work just as fine outside of a Germanic reference frame. 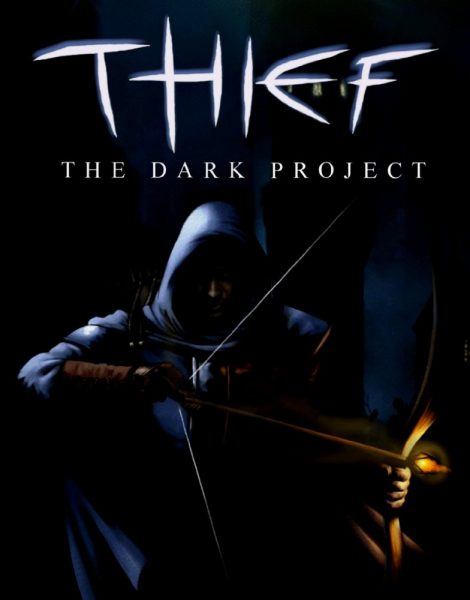 Thief came out two weeks before Baldur’s Gate (around the same time as Half-Life and Metal Gear Solid), but while it was a game that I knew was hugely popular, I only got around to play it a few years later, I believe. Which puts it in that same timeframe when I dived into several of the other works mentioned above. This game is just amazing. The only things I can really think of that I’m just straight up ripping of are the Pagans, Victoria, and the Trickster, but the whole game is constantly popping into my mind when thinking about evoking a certain style with the Shattered Empire. It’s probably going to become more important once I start working on the coastal cities inspired by Westgate and Telflamm from the Forgotten Realms, and their supernatural thieves’ guilds. 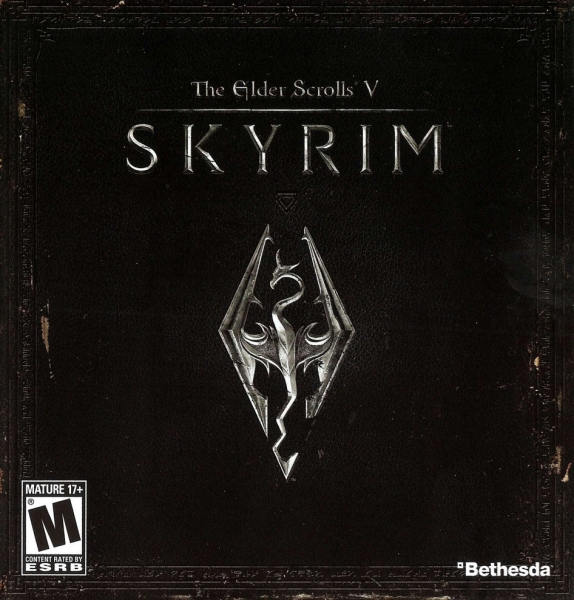 I was a bit undecided if I should include Skyrim in this list, but I think it’s probably the best representation for the influence of The Elder Scrolls as a whole on the setting. While I’ll always maintain that Morrowind is the better game as a whole, I think I actually played Skyrim a great deal more, and it influenced my mental image of various of the aspects of the world to a much greater extend. There’s plenty about Skyrim that can easily be ripped off for the Shattered Empire. The overall architecture of Nord houses and tombs fits very well with my image for the Kuri inhabiting the northern lands of Venlat (which I lifted straight out of my Kaendor setting as they are, since I never got to use them in any campaigns). The Kuri themselves have several influences from the ancient Falmer, and I’ve pretty much copy pasted both Orsimer and Khajiit to inhabit my setting. One very important thing where I’m stealing shamelessly are various of the Daedra. Azura, Hircine, Nocturnal, and Harmaeus Mora are gods in the Six Lands with only superficial changes, as is Kynareth, who is one of the references for the major deity Idain. 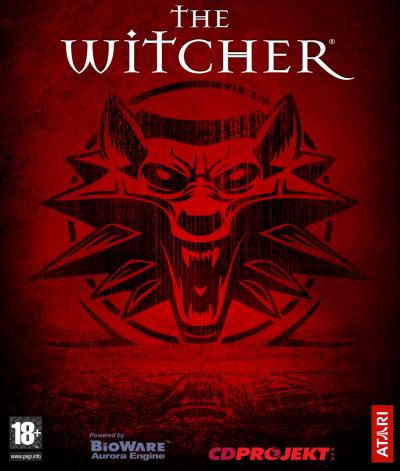 Since I first played the second game, the first Witcher game has always been for me “that weird, janky one”. The effort is appreciated and the talent clearly visible, but in dire need for a lot more experience and polish. But now that I am thinking about the style I want to evoke with the Shattered Empire, this one game in particular from all the Witcher works is the one that I think I want to draw from. This game looks very grey, with flat lighting and few environmental effects, which makes most of the world it is set in feel rather dull, and the stiff character animations don’t help. But now in the context of the setting I am envisioning, that actually feels a lot more appropriate than the more vibrant colors, stunning environments, and more cinematic presentation of later games. Kaer Moren, the Swamp, and Lake Vizima in particular stand out to me as places that are quite evocative for what I have in mind. The society and culture of the Witcher has always been deliberately anachronistic, with pretty much every character being written with a late 20th century mindest, even though the world is supposedly very medieval. That’s completely different from the kind of society and people I am aiming for, but I still think that the dispassionate calculation and resigned acceptance of bad circumstances that many characters in the series display could also be a useful aspect to draw from. 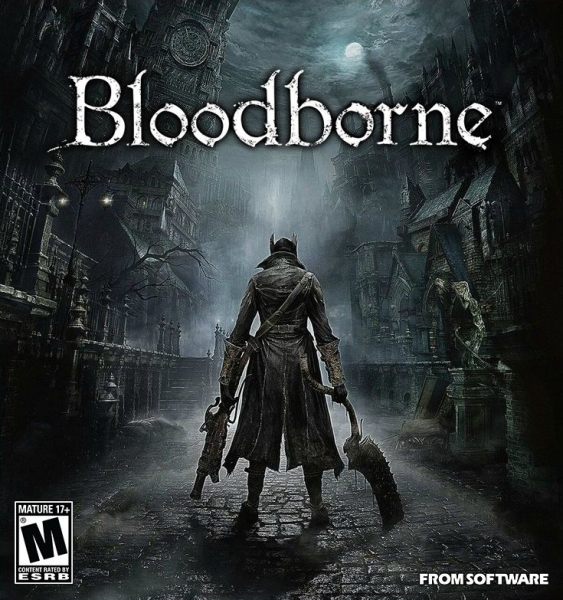 Bloodborne influences the setting only indirectly, but in very important ways. Playing this game again recently and reflecting on the similarities between its magic system and warlocks in the 5th edition of D&D was what originally gave me the idea to start working on a new setting from scratch. The strange eldritch beings and their relationships with various human characters in the backstory of the game are a major source of inspiration for the nature of the supernatural in the Six Lands. The Kin of Bloodborne and the Daedra of Skyrim are the main reference points for demons.