The Age of the Ancients 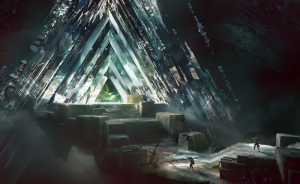 In the ancient times long before the beginning of history, unknown beings known as the Glass Makers created numerous large structures from a nearly unbreakable, dark green, glass-like material that have been found everywhere across the continent from the mountains of Venlat to the jungles of Kemesh. Nothing is known about the Glass Makers except that someone must have created these ancient ruins at some point in the long distant past. 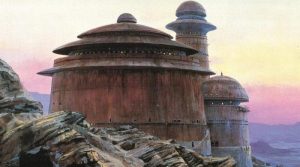 After the Glass Makers, a civilization appeared across Kaendor that people call the Rock Carvers. The Rock Carvers created many large cities and fortresses, which were build not from bricks or blocks of stone, but appear to have been carved entirely from the solid rock. While many of the ancient stone castles have large sections made from stacked stones, these appear to be repairs and extensions made by later inhabitants of the ruins, as they don’t match the precise angles and smoothness and often lack the sophisticated carved decorations. The ruins left behind by the Rock Carvers leave little information about their civilization, but the size and scale of rooms, doors, and windows makes it likely that they were not too unsimilar in body from the people inhabiting Kaendor today. 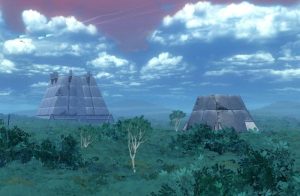 The age of the Rock Carvers was followed by the Tower Builders, who build their castles from large, tightly fitted blocks of stones that are dominated by tall square towers. Many shamans tell stories of having talked with the Folk of the Forests, who claim to have build these towers, but it’s not clear if they are referring to themselves or their ancestors. The square towers are found in many places in Senkand and Dainiva, and a few are known to be still standing in Venlat and even the islands of Suiad. While some of them are currently inhabited, most famously Kamir in Senkand, all known towers appear to have been abandoned by their builders for a very long time. 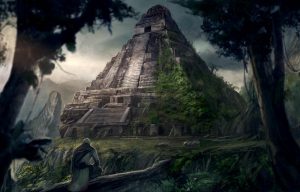 Eventually the Tower Builders came into conflict with the Naga from the south, who expanded their own civilization far into the woodlands of Dainiva. It is said that during this time, the Kaska fled the wrath of the Forest God Livas across the Misty Sea to the Witchfens of Venlat. Nobody knows how long the great empire of the naga lasted, or even if it was a single civilization or numerous unrelated kingdoms But there are old stories of a great winter that lasted for centuries and made the naga flee from their northern cities and retreat to the jungles of Kemesh where they are said to rule to this very day.

When the naga disappeared from the lands north of the Southern Sea, people who had been living deep in the forests mountains of Senkand moved into their deserted cities and created the first civilization of mortals. The Tulean are said to have ruled in Var Sharaz, Kamir, Ven Marhend, Hadakar, and the Gray City for over half a milennium until they too were defeated by the Murya who became the new rulers of Senkand. It is said that some of the Wilder clans high up in the Mountains of the Moon are the last descendants of the Tulean, but most other survivors have blended in with the Murya many generations ago.

The Age of Kings

After the disappearance of the Tulean, Murya culture spread north along the coast to the Fenai, and east over the mountains to the Yao, leading to a new age of great cities appearing throughout the lands of Kaendor that had been nothing but wilderness and home to small scattered clans for countless centuries.

Over 500 years ago, the golden-skinned immortal Kor-Sharazan, claiming to be the youngest of the nine children of the Moon Goddess Ashana, who are the ancestors of all mortals, founded Var-Sharaz on the ruins of an ancient naga city. To this day, it remains the oldest surviving city north of the Southern Sea.

Some 300 years ago, three nameless mystics founded the Sakaya in the Mountains of the Sun, which in the generations since then became the dominant religion of the Yao, though they count many Fenai and Murya among their ranks as well. Far to the north, the fey witch Meiv appeared among the Kuri in Venlat and led many of  them to rebuild the ancient ruined city of Halva, becoming their immortal queen. Nobody knows where she came from or how old she really is, but some Kuri privately belief that she’s a daughter of the North Wind who had been banished from her home for unknown deeds.

Far away in distant Kemesh, slaves of the Naga escaped across the Southern Sea and eventually found their way to the islands of Suiad and the old abandoned naga ruins of Kelay, where they became the Suay.

Other cities followed, such as Kerlon, which grew around the ancient mountain temple of the Disciples of Temis; Kamir, under the rule of the powerful Murya sorceress Yenati; and Ven Marhend, the city of the Sorcerer Lords.

Some 40 years ago, the Sorcerer Lords fought a long and terrible war with their neighbors to the north, which ended in a great magical disaster that devastated the land, leaving behind the Gray City on the banks of the River of Ash. Most recently, the Red Sakaya left behind their kin in the Mountains of the Sun for good to seek their fortune north in Dainiva. They breached the walls of Aleya and in the terrible fighting the city was reduced to charred rubble. With the city being left uninhabitable, they continued along the shore of Lake Amara until they reached Kars and managed to take the city without a fight.