So in my old days, I actually started getting interested in Vampire: The Masquerade. Who would have thunk? It actually was one of the big games when I first came into RPGs at the tail end of AD&D, along with DSA, Shadowrun, Call of Cthulhu, and Legend of the Five Rings. I would have been too young for it when it came out, and already felt too old when I started looking at other games. By that time I already had it filed away as the game of leather jackets, frilly shirts, and terrible makeup. I leafed through a rulebook once, but didn’t find anything of interest back then, and basically forgot about it after that. 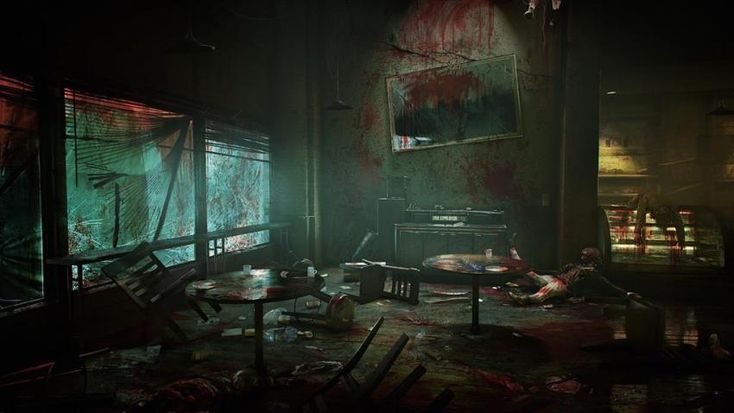 I don’t know how I got to that, but a few weeks ago I somehow ended up hunting down a rulebook for the 1998 Revised Edition and the 1992 Storyteller Handbook to get a glimps of how the game was originally presented, and then got the pdf for the 2012 V20 edition to have all the basic info and crunch for all 13 clans in one neat package. The game always proclaims itself to be “a storytelling game of personal horror”, but in no point in any of the three books is there any mention of what that means. Or what horror in general looks like when you play as a vampire. It says existence as a vampire is horrifying, but does not mention why. Like virtually all RPGs (except d6 Star Wars), Vampire assumes that it is completely obvious to every new gamemasters how you run a campaign, and that the setting is self-explanatory. You have superhuman powers and are immortal. Go and be scared.

But if you really comb through the text with arduous care, and keep pestering people on the internet what this game is about and what you’re supposed to do with it, there is indeed sufficient implication that it is a game about keeping hold of your humanity in the knowledge that you will turn into a monster that destroys everything still dear to you eventually, and that you’re stuck being a pawn of much more powerful people who will still be your uncaring asshole bosses centuries down the line. The game then sabotaged itself by getting sucked up in its own metaplot hype about the world ending next week, which would completely negate it’s own premise. But that’s one of the reasons I wanted to start with really old rulebooks. The initial vision and concept for games and game setting is universally much more interesting than the lore snarl that build up over time. Those are stuff for novels, but not playable game material.

But after a way too long introduction to the topic, here now my actual ideas how the premise of Vampire: The Masquerade can actually be used to make it a horror game. A fundamental part of being a Vampire is that the vampiric instincts called the Beast are completely inhuman, and that any humanity still left in a vampire is really just force of habit. Vampires act and think like people because that’s what they are used to and they are actively forcing themselves to repeat the familiar patterns of their life. But over time, keeping up these appearances becomes less and less important to a vampire, as they become nuisances and their original meaning forgotten. At the end, all that remains is a monster that has no concept of friendship or affection and exists only to kill. Not sure if the creators were thinking about it this way 30 years ago, but what this is is fear of dementia. The understanding that you will become something in the future that is horrifying to your current self. Something that you can do nothing to prevent it even while you watch it happening, until in the end you don’t even understand that anything is wrong. And on top of that you will also kill and destroy everything that matters to you and you hold dear.

But this is a very long and slow process that will stretch for centuries, unless you get killed before that. Not really something you can play out during the game. But what you can do is to have the players be confronted by the the things that await their characters in the future. You can show the players how other vampires lose the remainders of the humanity at different stages, making it clear that “this will be you”. Here’s a couple of ideas I’ve come up with myself. (Which totally should have been in the books from the start.)

4 thoughts on “What’s so horrific about being a vampire anyway?”