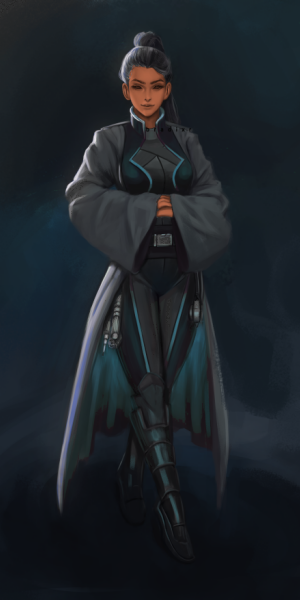 Intuitation is a neurological alteration produced in people with a certain mental aptitude through long mental training, combined with various psychoactive drugs. The brains of trained intuitators have an increased capacity for accurate memory, and also the ability to rely on subconscious processing for the analysis of information than normal people. Intuitation grants people a hightened awareness of their surroundings and perception of possible threats, an increased intuitive grasp of complex situations and concepts, an improved ability to find connections between seemingly unrelated pieces of information, and a highly increased sense of empathy. Skilled intuitators have abilities that border on precognition, but they are still limited to the information and data available to them, and their ability to see and understand connections and pattern is not infallible.

A significant problem with intuitation is that much of the processing of information is happening subconsciously and intuitators are often incapable of explaining their reasoning behind their conclusions or even understanding them themselves. Intuitation is rarely able to provide proof for any insights an intuitator might have, but it is still extremely valuable in directing investigations or to provide warnings for possible attacks or traps. Intuitators can only work with information that is available to them and can be mislead by deliberately falsified or manipulated data. Often predicted possibilities simply don’t come to pass, and sometimes even the best intuitators simply make mistakes. All intuitators have a significantly increased risk of developing paranoia, delusions, and other disorders because they regularly have thoughts entering their minds that don’t appear to be their own, or have extremely strong intuitive convinctions about things that can not be proven and they can’t explain even to themselves. Typically, gaining access to more information about a subject can help developing a conscious understanding of the previously purely subconscious connections, but in the lines of work in which intuitators are commonly employed mysteries regularly remain completely unsolved. In most organizations, intuitators are employed only in strictly advisory roles and are very limited in their authority to make important decisions. And many officials, administrators, and officers have a strong distrust of the reliability of inituitators.

Some intuitators practice their minds primarily in negotiation and interrogation and become extraordinarily capable in detecting deceptions and ommisions, as well as very carefully chosing their words and behavior to create the best positive response from people they talk to. In these situations, having all the facts exactly right is often not completely criticial to achieving success, and it is more about constantly reading the reactions of other people throughout the course of an ongoing conversation. This allows intuitators to subtly dig for specific pieces of information that they need to get a more complete picture and increase the certainty of their suspicions. While such intuitators are much less at risk of developing paranoia, they do have a strong tendency to become highly manipulative of all people around them, even if they don’t mean to, which can lead to just as dificult problems.