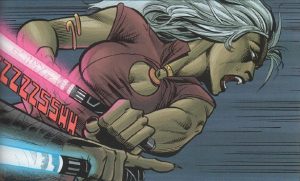 The Tubaki are one of several species whose presence in space is greatly dependent on technologies and inrastructures of other powers. There is only a small number of Tubaki shipyards and most of them are primarily specialized on converting old purchased ships from other manufacturers to provide greater comfort to Tubaki crews. Those shipyards that do build their own ships still rely on imported hyperspace drives and gravity generators from other more established companies. Despite Tubaki worlds being generally seen as more low tech planets, Tubaki have been travelling through space for centuries and founded several dozen of colonies in other sectors. Even though most of them are of no interest or relevance for major interstellar companies.

Tubaki are humanoids quite similar in size and proportions to Enkai and Mahir, which is generally attributed to the very similar gravity and climatic conditions on the Tubaki and Enkai homeworlds producing a similar optimal body shape for upright walking humanoids. On average, Tubaki tend to be slightly taller and more muscular, but mostly stand apart due to their sand to brown colored fur and thick manes. Tubaki found outside their own system are usually employed as manual labor, primarily in mining and agriculture and also various low-level mechanic jobs. Tubaki colonies are usually too small to have advanced engineering and science schools and those individuals with advanced degrees typically find their calling in contributing to the development of their planets rather than seeking their luck among the stars. 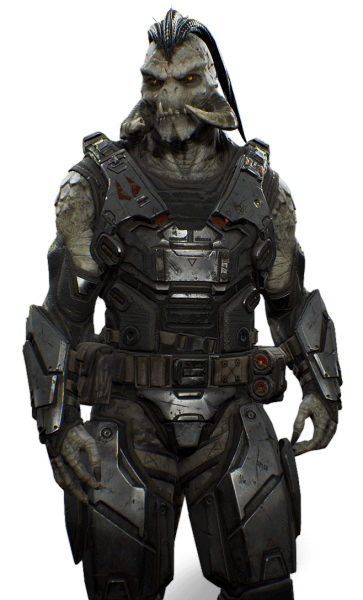 Chosa are tall humanoids with tough green-gray hides and sharp teeth that give them a reptilian appearance. They are among the physically strongest of the species travelling space and fight fiercely and with little hesitation. Prejudices are widely spread among the other species of Chosa being violent brutes, but their homeworld actually ranks among the most technologically advanced planets in Known Space. Their ships tends towards blocky and practical designs typically ragarded as looking blunt with little thought for decorations, but compare in their capabilities to all but the most sophisticated Damalin and Netik ships.

Chosa encountered in space are often mercenaries, an occupation that their physical toughness and familiarity with advanced space technologies makes them well suited for. Chosa culture as a whole is not overly militaristic though, and their prominent presence in the mercenary business comes more from the high demand for Chosa in that line of work. There are typically not a lot of opportunities for Chosa engineers or pilots outside of Chosa systems. 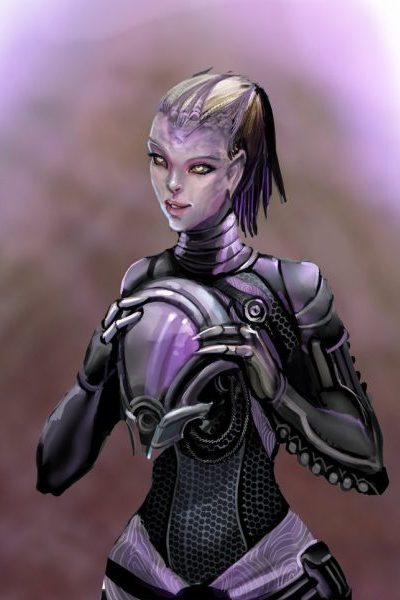 The Amai are one of the newest species that have gained the ability to travel between the stars. Even just 200 years ago, the Amai had no contact of any kind with any other species and only performed a few crewed exploration missions within their home system. Being native to a mostly aquatic world with relatively few islands above the surface, Amai civilization has always been greatly limited by the available amount of land for agriculture, and even after becoming industrialized the total population has only barely surpassed one billion, which is much smaller than for any other species in Known Space. Given their relatively small number and only recent arrival among the stars, Amai are only rarely encountered by any other species and usually releatively close to their home system. Being only in contact with small frontier colonies and minor outposts and knowing about the home systems of other species only through tales, Amai tend to be quite cautious when encountering aliens or visiting unknown planets in a region of space that appear rather lawless and chaotic.