Unlike previous awesome future novel ideas, this is one I actually plan to give a try very soon. It’s something I am still bouncing around in my head but intend to give a shot as soon as I have more of the basics figured out. Don’t hold your breath, though. I’m impulsive and have a very poor track record of completing long term hobby works. 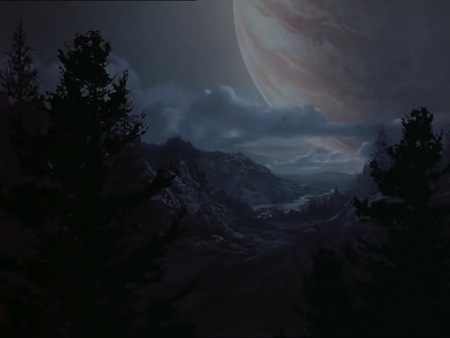 The idea is a synthesis of the conceptual work I did on the Ancient Lands and Dark World settings that also incorporates my love for the great neo-noir and wuxia movies from the mid-90s forward. At the center stands a world that is full of life, but hostile to people. A world in which the spirits of the land rule, with civilization confined to small enclaves along the coasts where priests and sorcerers maintain a tenuous state of stability. It’s a world in which the forces of nature are particularly powerful and unpredictable, as are the spirits who control them. Civilization is in an eternal state of siege and to keep the constantly encroaching wilderness at bay, the priests and sorcerers need to know what is going on beyond the borders of civilization.

Within this context exists a special class of scouts, who are knowledgeable in eldritch lore and accustomed to the ways of the barbarians who inhabit the lands of their wild gods. The scouts are not soldiers, though most of them are mercenaries of a sort, offering their skills and knowledg to the courts and temples for pay. They are a society of their own, at home both in the wilds and civilized lands, but set appart from either population by their delvings into esoteric things. Violence is not their trade, but alone among barbarians and magical beasts, they are highly skilled with spear and bow. Among each other, knowledge is the main currency of their trade and connections worth more than gold. Yet there is also great rivalry and competition and out in the wilds they are beyond the laws of either kings or tribes.