The gods and the Divine are mysterious forces whose influence is present everywhere in the world, but whose own presence remains always hidden from the perception of ordinary mortals. To bring together the worlds of mortals and the Divine is the role of priests and mystics. The two are widely seen as more or less the same thing by most common people, but their backgrounds and abilities are vastly different. 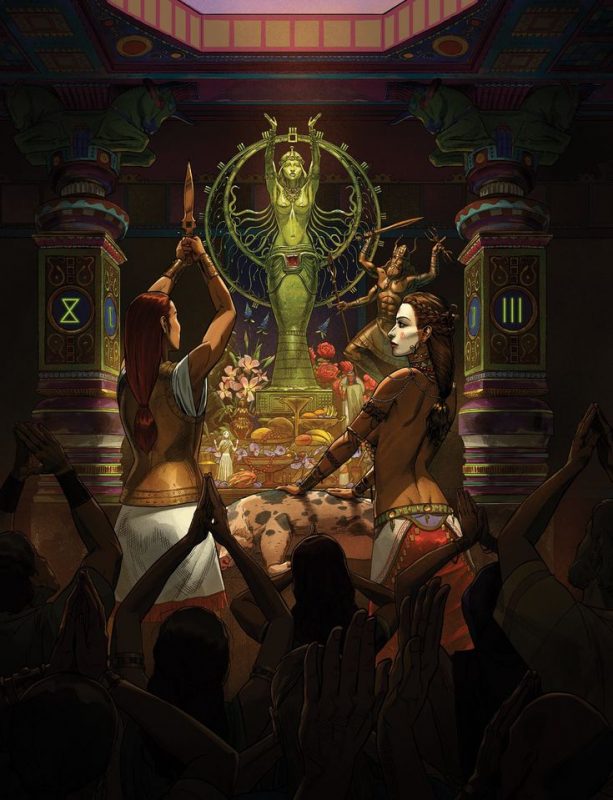 Priests, and their acolyte assistants, are servants of the gods who maintain their temple, teach their followers, and perform the many rites to communicate between the gods and their worshippers. Priests do not have any magical abilities or special powers that make them different from other people. They perform rituals to plead the gods of their cult for guidance and help and protection for their villages and towns. The gods will react to these pleas in whatever way they deem appropriate, or they may not, and they do not speak their will to their priests directly. Sometimes priests receive visions that they attribute to their gods, but these are always vague and require a great deal of interpretation.

Many temples are build on special holy sites that have unique divine powers of their own and are revered by the local cults as miracles send from specific gods, which are typically the chief god or even only god worshipped in the temple. Some are in possession of holy relics that possess similar powers. To manifest the powers of a holy spring, sacred tree, or divine relic usually requires a simple and short rite, which typically is known only by a small number of priests. Performing these rites is like using a magic item, but require no special abilities other than knowledge of the rite. 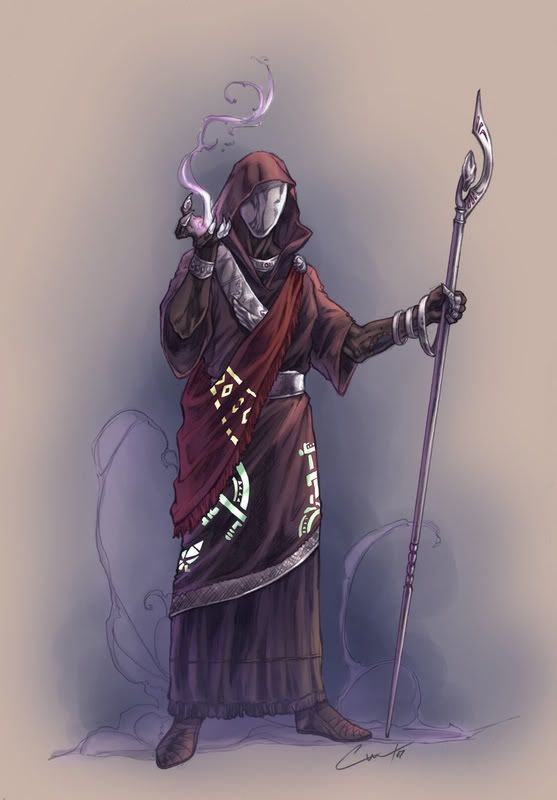 In contrast to that, mystics are rare and special holy men and women who have reached a form of enlightenment that has revealed to them a deep comprehension of the Divine Source and its presence and working within all things. This understanding and awareness allows them to practice a rare form of magic that draws directly on the Divine itself and grants powers that have always been impossible to achieve for even the most powerful sorcerers. Most mystics have been devout worshippers of various gods before their enlightenment, and remain faithful to the teachings and valuesf their cults. However, they have a much deeper awareness that all the gods are still only different reflections of a much greater divine truth, and the distinctions between specific gods are typically much less important to them than to the priests of the many different temples. Many mystics regard the gods and their myth as powerful symbols and examples for living in harmony with the Divine that unites all things, and so large numbers of them continue to wear the robes and symbols of their cults and spread their teachings. But mystics are typically seen as somewhat removed from the temples by priests and sometimes even outright heretical, so they rarely have close associations with major powerful temples of the greater cities. They are however typically held in high regard by common people, especially in more remote areas where people are used to numerous small temples practicing somewhat different rites in every village with no central authorities on religious matters. Mystics are much more rare than priests and many people never are wittness to their miracle powers in their whole life.

I am typically not a fan of cleric type characters, but I had briefly been thinking about what something with a similar role to psionic powers could look like in my setting. With the other supernatural stuff going on already, the simple cleric framework seems like a pretty fitting match with just the right presentation and integration into the gameworld. The idea for priests controlling the miraculous powers of holy sites is directly from the D&D Companion Rules, which introduced them as alternative sources for divine magic for elf and dwarf villages under a rules system where only human characters have access to different classes, like clerics. I always thought that was a really cool idea since I first saw it, and much more interesting for worldbuilding than having a spellcasting cleric as priest for every village chapple. By customizing the specific spells that a holy site can produce to match the god that is seen as the creator of the site, making visits to a temple for services becomes a lot more interesting. Instead of every service being available in every generic temple, customized spells mean that players have to consider whose god’s temple in the area might be most likely to be able to help them. This makes different gods actually relevant to how things could play out during the game.