One thing that has troubled me with fantasy adventure games for a very long time is the nebulous concept of adventurers, and how they could actually stand up to scrutiny in a fantasy setting that aims to be internally plausible and self-consistent. Something I’ve been writing about many times over the years. There have been precedents of fantasy protagonists who just wander around and happen to run into adventures long before the inception of D&D player characters. But books are a different medium than RPGs and concepts don’t generally copy over neatly between the two, especially when narrative structures are concerned.

The original RPG adventurers where people who risked live and limb to gain huge piles of treasure, because the campaigns where relatively simple and straightforward games of facing monsters and collecting treasures. The game was about the gameplay, not about creating a story that exists in a wider world outside of the current dungeon the PCs are in today. Of course, it expanded to be just that, and very quickly, but there was never a real serious overhaul of what kind of people adventurers actually are how they fit into the societies of their world. We go to fight monsters and loot dungeons because there are monsters and dungeons over there. And monsters exist to the fought, and dungeons to be raided. For the sake of gameplay, this isn’t generally questioned any further. Just do it and have fun.

But the idea of playing campaigns that are more about stories than gameplay has always had a huge appeal, and there are two main justifications, and I wouldn’t shy away from calling them excuses, for why adventurers go on these adventures they go on. The first is the plain old treasure hunter, tomb robber, or murderhobo. These characters just don’t bother with any logical explanation. Fighting is fun, getting stupidly rich is fun. But the risk that adventurers typically face in RPGs is ridiculously high, and adventuring just seems like a fast track to a horrible death. These characters make only questionable sense to begin with, but just don’t hold up at all for the wide variety of personalities players like to give their PCs. At the very end of this path lies the insanity of Shonen anime where 12 year kids end up with a happy childhood of friendship and the daily slaughter of dozens. The other common alternative are the knights in shining armor or superheroes. They do all the same things as the murderhobos, but they don’t do it for the riches. They do it out of compassion for the innocents. They are heroes; that’s what heroes do. It works as a justification for gameplay, but it also doesn’t work for stories with even a little bit of depth that aim for some amount of plausible believability.

What is needed to make the existence of adventurers plausible, is to create a concept of what adventurers actually are alongside with creating a setting in which they serve a believable function and role in society. The typical D&D solution, or you might call it the Forgotten Realms solution, is to treat adventurers as private security contractors and exterminators that deal with various trouble when the official authorities can’t be bothered right now. It’s considered a valid career choice, but don’t question how it’s so easy to get established in the business as complete newcomers when the typical contracts are stuff that the army can’t handle. It also stretches plausibility how in a world with absent official authority, roaming vagabonds get invited into communities to protect them. Yes, it worked in The Seven Samurai, but much of the three hour movie is about how unusual this is and the struggles of everyone involved to make it work. Great for a stand-alone story, but not something you want to deal with in every new village the party comes through. But there are other games where the role of PCs is tailored to a specific campaign concept and setting, like in Blades in the Dark or Band of Blades for example.

Now to finally get to some kind of point, I think I finally found some kind of concept for what kind of people player characters are and their place in society that integrates well into the kind of world that I want to create with Kaendor. 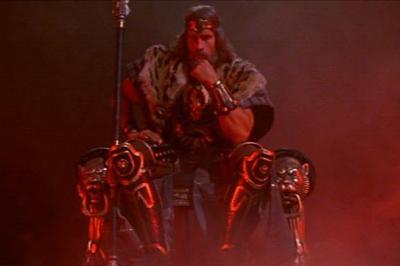 The primary vision behind Kaendor is a world dominated by wilderness and primordial powers, with small and isolated civilizations being scattered far and wide, in an environment that is constantly changing that swallows up city states just as fast as it creates them. It’s a world in a kind of perpetual apocalypse; a frontier without a heartland. One constant in this world is that there are always people looking for a new home to settle as the cities of their ancestors are swallowed by the forests and fall into the seas. As for any valley or island that becomes uninhabitable, another place opens up for farming somewhere else. But every time people leave their failing city states to begin a new life somewhere else, they are making a huge gamble. If the settlement of a new aspiring lord fails, there are often no second chances to try somewhere else. That’s where Heroes come in.

Heroes in the classical sense are not just people who did something brave, but special individuals who possess an inherent greatness. Always highly extraordinary individuals and even superhuman, and often actual demigods. Our own culture rejects such notions that some people are inherently elevated over others and destined for greatness, but in a fantastical setting drawing on elements from Antiquity and the Bronze Age, it’s a very important aspect of how those societies tick. In a fantasy adventure game, player characters are inherently special because the game is fundamentally leaning in their favor and their victory over almost all opposition they encounter pretty much a given. Working this gameplay element into the culture of the setting seems like a really fun idea. Dark Souls is a prime example of this, and it works out beautifully there, allowing you to get invested and believe in a world that exceptionally absurd as fantasy worlds go. In fantasy, you can get away with almost anything, as long as the the world as a hole makes sense in its own internal logic.

As I was saying, the special socio-environmental conditions of Kaendor create a constant demand for special people capable of extraordinary greatness to perpetuate the cycle of migrating populations and rising and falling city states. That is the social niche I see for the institution of adventurers. Adventuring is an occupation that serves to create individuals capable of being the leaders of the following generations by giving them experience about the many natural and supernatural dangers of the wilderness and testing their resilience and capacity to lead. It is to these heroes who have proven themselves and earned a reputation that has carried their names far and wide that people will look up to when they are forced from the crumbling cities that have been their homes for generations.

Not every player character has to have this lofty goal of one day raising a stronghold that will grow into a great and wondrous city. But even if only a tenth of them are pursuing this dream, it creates a society that values the kind of people who venture into the wild to face the monsters that threaten civilization, scout out potential areas for new strongholds, and recover abandoned resources and lost magic from fallen cities of the past. And it often takes more than just a single Hero to establish and defend a new strongholds. Hero kings depend on an entourage of other exceptional people to serve as their champions, providing other opportunities for those who fought besides them.

Now this is all sounding an awful lot like the classic D&D endgame of establishing a stronghold and running a domain. Which has been covered to some extend throughout various editions, but by all accounts only very rarely became part of actual play. Instead, it was much more common that ascending the throne meant effectively retiring the character from play. And in campaigns where players could have several characters of different levels (because sometimes you want to do stuff that requires a PC to be locked up in a lab for months), having one character retire while the others continue their adventures wouldn’t really be that strange. And I think making this an explicit assumption for a campaign concept might actually be a really nice idea. Domain management is a weird thing that just doesn’t really fit with the rest of fantasy adventure games. These games are group games, while running a domain is a solitary occupation, and the stuff you’d be doing would be completely different from the stuff you’d be doing up to that point. And if you really wanted to play a game like this, it should be about this stuff from the start, not at the end after you spend months doing something completely different.

Instead, introducing a campaign as being about adventurers who struggle to earn themselves a place among the hero-kings of the setting, with the possible establishing of a stronghold and settlement constituting and ultimate conclusion seems like a very interesting and compelling way to approach a game. And like the cool chap in the picture above, the actual ruling and administrating of the domain would constitute the epilogue. Yes, in three of the original stories Conan is a king. But he doesn’t do any ruling in any of them, and leads an army into battle only once. At the end of the campaign, you could have a final adventure of having to defend the new throne of one of the PCs against a rival as the final test, but after that, the campaign would be concluded.

Now one oddity about old D&D is that that the establishing of a domain was generally limited  to characters of at last 9th level. Which seems rather arbitrary, as anyone who clears out a castle and has the money to hire guard could do so regardless of character level. But if you assume it’s meant to be the conclusion of a character’s career, then the whole thing makes a lot more sense. I decided a long time ago that in Kaendor, all mortals are limited to 10th level, so that magic spells cap out at 5th level and everything beyond that being the powers of the gods. The thing with maximum levels in games where much of the motivation comes from advancing to a higher level is what do you do when you actually reach the last level? By the point you reach it, there’s nothing really left to do with it. I quite like the idea that at the point characters reach 10th level, their goal changes from advancing in power claiming their domain. To have a whole final adventure in which the 10th level characters fight for their stronghold and no longer gain XP.

My thoughts on this might be changing in the future, as they always do. But as of now, this is so far the concept for the role and identity of adventurers that I liked the most.

2 thoughts on “Adventurers, Heroes, and the Endgame for high level PCs”