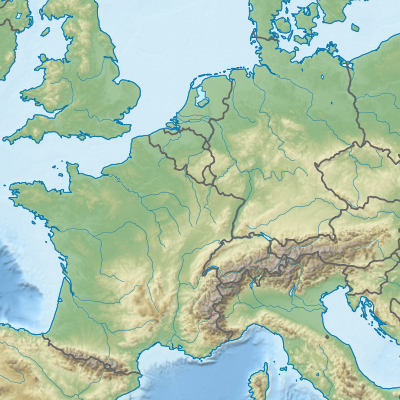 Think of what comes to your mind when you hear “The Middle Ages”. Unless you have a specific, personal interest in medieval Spain, Ireland, or Russia, almost everything that you think of will have been within this area, with the one notable exception of the Crusades. Even the vast majority of all Viking stuff.

Historians generally place the Middle Ages in roughly the time from 500 to 1,500 CE, which happens to coincide with the disappearance of the Roman Empire in Western Europe, and the discovery of America and the Reformation. So it all also falls into a span of 1,000 years.

A thousand miles and a thousand years. That’s the Middle Ages as a setting for popular fiction and reference frame for Fantasy. Compared to many popular fantasy settings, that’s tiny. But there’s so much stuff in this little box. More space than you could ever possibly need to tell your stories. It certainly won’t hurt if you can give names to the distant lands that lie beyond the edges of the map, where merchants get the most exotic of their goods. But to characters dealing with their own lives inside of this box, they don’t need to be anything more than that. Things are of course different for campaigns about traveling to far away exotic lands, which certainly have their place in fantasy. But those really are the exception, not the rule.

2 thoughts on “How large does a setting have to be?”