Mythic Fantasy frequently gets mentioned in passing in listings of various fantasy styles. The Dungeon Master’s Guide for D&D 5th Edition describes it like this:

A mythic-fantasy campaign draws on the themes and stories of ancient myth and legend, from Gilgamesh to Cu Chulainn. Adventurers attempt mighty feats of legend, aided or hindered by the gods or their agents – and they might have divine blood themselves. The monsters and villains they face probably have a similar origin. The minotaur in the dungeon isn’t just another bull-headed humanoid, but the Minotaur – misbegotten offspring of a philandering god. Adventures might lead the heroes through a series of trials to the realms of the gods in search of a gift or favor.
Such a campaign can draw on the myths and legends of any culture, not just the familiar Greek tales.

Sounds good, makes sense. Barely anyone ever seems to use it. And when you see it show up somewhere, the vast majority of it seems to be indeed mashups of Greek gods, heroes, and monsters. What you get is a fantasy version of Greek myth, sometimes with names switched up, but you will have a really hard time to point out original fantasy that is inspired by mythic themes, motifs, and narratives. There is of course The Lord of the Rings, that was specifically written to be mythic in style, but even though elements of it have been copied thousands of times, the mythic aspects seem to have been lost to the imitators. If you dig in really deep, you might have some luck with lesser known novels, but it seems to be very much absent in movies, RPGs, and videogames. It’s an idea that sounds really good, but I never was able to identify good references for how that could look like. Except of course for the fantasy versions of Greece. 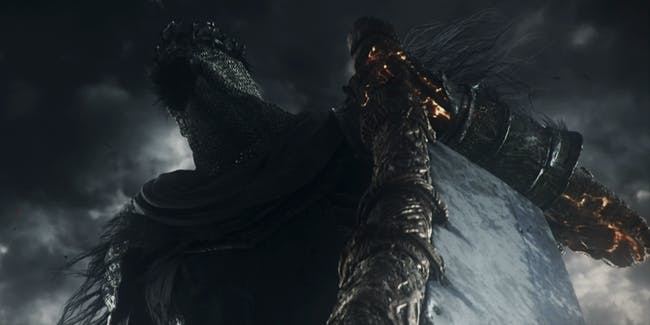 But today I was seeing a trailer for the new From Software game Elden Ring and took a glance at what some people think about it so far, and I finally got it! The whole Soulsborne series is mythic fantasy. This is how it can look like in practice. Is Lord Gwyn a bit like Zeus? Yes, of course he is. And he brought the Age of Fire to humans, like Prometheus did. But other than that, nothing about Dark Souls feels like a retelling of Greek myth. Bloodborne of course does nothing to cover up its imagery that is taken from Gothic Horror and Eldritch Horror, but it doesn’t feel like a Lovecraft story or a Lovecraft setting. It still is it’s very own thing.

But what is it that makes these games and their setting feel mythic, and how is this different from other types of fantasy? 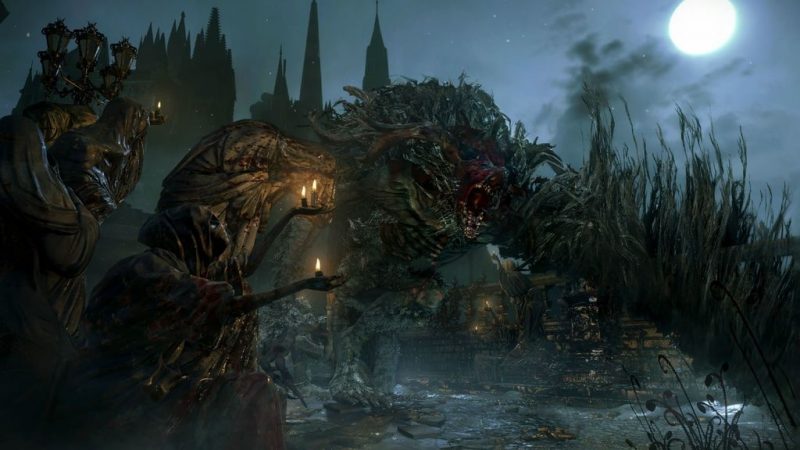 I think the first thing that stands out are the boss monsters. They are not simply just boss fights. With some exceptions like the Capra Demon, most of the prominent ones are unique beings with a specific backstory and context. And equally important, they have powers that make them stand apart from other monsters and a very different kind of threat. When you take our own everyday world as your frame of reference, then a minotaur, centaur, or satyr would be an amazingly strange creature and great threat. But when you are already in a fantasy world, then even a minotaur doesn’t have anything supernatural or divine about it.

The other main thing that contributes to the mythic feel is that these are stories that explain how things came to be the way that they were and the transformations that the world is currently experiencing. They are stories that lift the veil from how the world works. They give you insight into the powers that control the world, why they do what they do, and how they are limited in restricted in what they can do.

Perhaps mythic fantasy is ultimately about the supernatural and divine forces that shape the world, and the potential and limitations of human agency. It’s about dealing with situations that are beyond anyone’s fault or control, with mortals having no choice but accepting the changes forced on them and somehow finding ways to live with them. That isn’t to say that heroes would be passive. Far from it. But fate plays a huge role and heroes often have very little choice in playing their part in events that are inevitable. Even when the ultimate outcome is not predetermined, there often can be only two ways for things to end, and it is up the heroes to make the one decision that makes all the difference.

There surely is a lot more to it than just this, and I am not even certain that these first observations are fully accurate. But I feel like this is a first insight into what this particularly elusive form of fantasy storytelling might actually be.