Having recently seen Drive and looking around for interpretations about it, I came upon a term that I had never really paid much attention to.

What is Neo-Noir? It really is pretty much the same as Noir except that it’s used for works made from the 80s forward instead of up to the 60s. Other good recent examples are basically the whole Nolan movie catalogue, with Inception and The Dark Knight standing out prominently. (Memento and Insomnia also really look like it, but I have not seen them yet.)

Inception is my second favorite movie of all time, beaten only by The Empire Strikes Back. And when you stop and think about it, that movie also has Noir aesthetics all over it. Pretty much everything happening in Cloud City is prime Noir material.

Looking back at it, the first works of this style that I really fell in love with were Blade Runner and Ghost in the Shell (including the TV series). Of course, you could argue that these are perhaps the two biggest cyberpunk movies ever made. But what is cyberpunk other than Noir with futuristic elements? 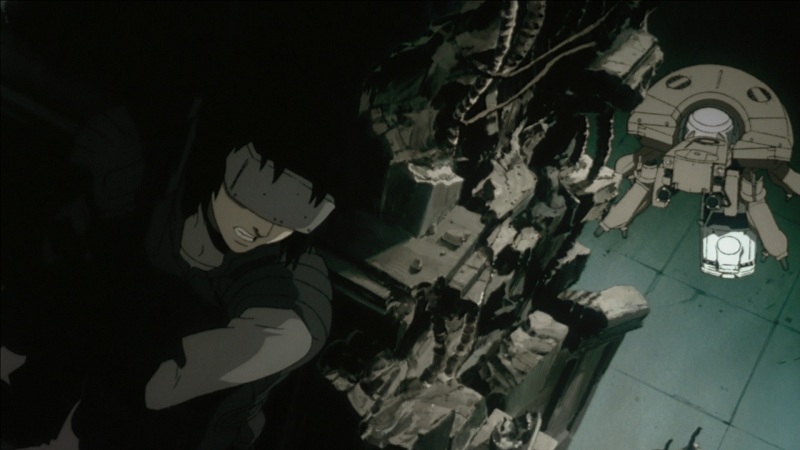 Which reminded me of Mirror’s Edge, one of my favorite videogames that I’ve always been thinking of as “cyberpunk without the futuristic elements”. Yeah, once you consider Neo-Noir to be a distinct category, it falls perfectly into it. The socially isolated protagonist living in a blurry gray world on the edge of legality. Characters looking for meaning in a heartless world and coming to bleak realizations about their own lives. And they hang out in a place that looks like this. 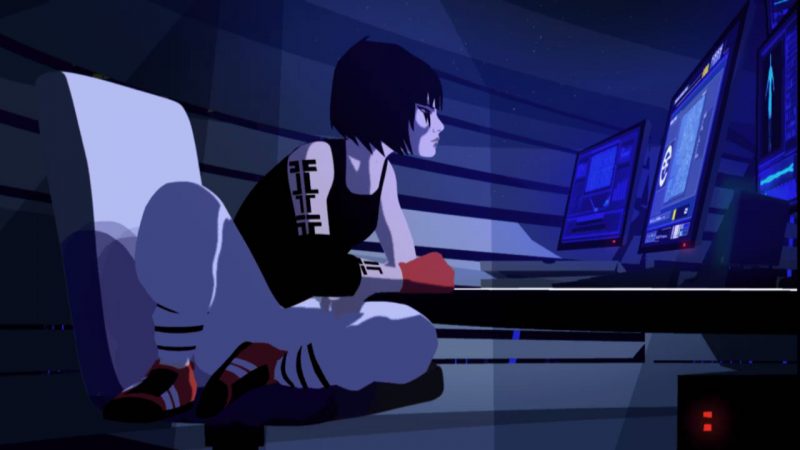 And suddenly it all came together: Mass Effect 2 is also a work of Neo Noir. The first game had already blown my mind, but I was amazed when I came out to the street on Omega. And never had a game felt so perfect as when I first stepped through the door into Afterlife. It is my favorite game of all time, with no contenders. 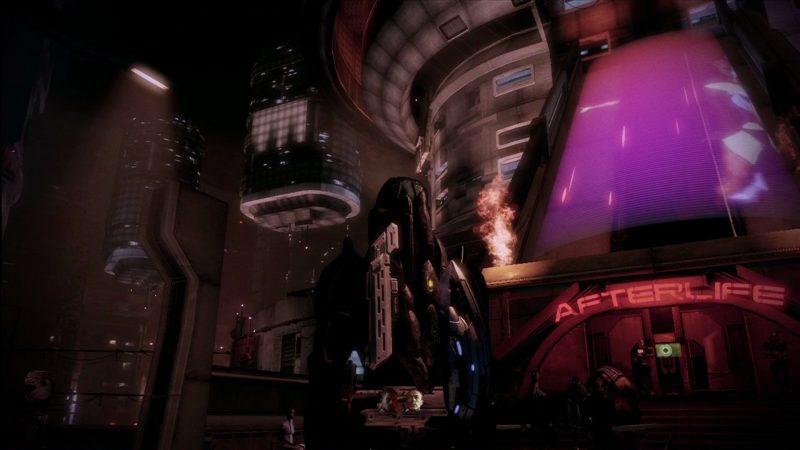 After the really cool opening and time jump, the game starts with the Illusive Man smoking in a dark room with his Femme Fatale henchwoman Miranda next to him. I could write a whole article about that. (And I probably will, eventually.) 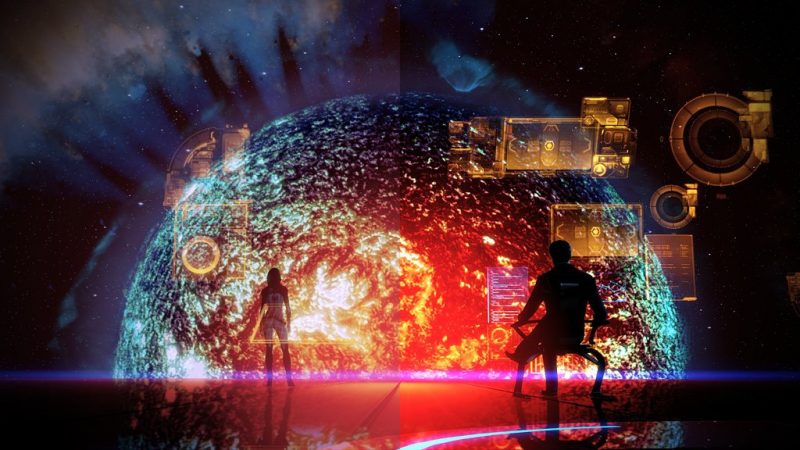 It might be a bit of a stretch, but I feel that there are at least a great deal of thematic elements of Noir in the Witcher books. The world went to crap, there’s no justice, characters with questionable morales are trying to do the right thing when dealing with those who are morally bancrupt, and there’s always a slight doubt that maybe everyone getting conquered by the Empire might not be the worst idea. And while it would probably be a bit nonsensical to call Bound by Flame a noir fantasy game, the mood of dignified despair is certainly there.

Bonus content: All my favorite episodes of Star Trek: Deep Space Nine. You know, basically everything with Garak in it. (The Wire, Improbable Cause/The Die is cast, and In Pale Moonlight stand out.)

It comes as a bit of a surprise after all these years that there’s an umbrella term that encompasses pretty much my entire top list of greatest works of fiction ever made. But then, many of the works I mentioned are considered to be really great by a lot of people around the world, so it’s not like this is a style that hasn’t proven itself over the past decades. The period of their making also started just before I was born, which probably isn’t a coincidence either. It’s a style that I’ve been exposed to all my life. While the aesthetics of Noir and Neo-Noir are generally pretty easy to pin down, definitions of the genre are usually rather blurred and unclear. Yet at the same time, works tend to fall into a pretty narrow band of stories. Socially isolated protagonists who are living with one foot in prison and one foot in the grave whose lives have become empty and who are searching for any kind of meaning in their seemingly bleak worlds. Sometimes they catch a faint glimer of hope they can pursue, other times they doom themselves.

Questions about identity and filling an inherently meaningless existence with meaning are the basic foundations of Existentialism, which to me is really the only thing worth exploring in a story. I’ve been watching, reading, and playing stories of this type for all of my adult life and so I probably already do know most of what there is to know about it on an intuitive level. But as someone interesting in writing my own stories this seems like a great opportunity to refocusing my research.

Update: Some more that I totally forgot and didn’t think about: Hellboy, Thief, The Big Lebowsky, Leon the Professional, True Detective, Breaking Bad. I think it’s probably much harder for me to come up with a list of movies, videogames, and TV shows that don’t have a strong Neo-Noir aesthetic.