Knights of the Old Republic

THE SITH EMPIRE STRIKES BACK

Fifty years have passed since the returned Sith Lord Darth Revan has been destroyed for a second time in the Battle of Chandrilla, bringing an end to his seemingly unstoppable invasion of the GALACTIC REPUBLIC. With the death of their master, the surviving Sith forces were driven back to the Outer Rim.

Under the leadership of the mysterious SITH EMPRESS the Empire has been rebuilding its fleets and recovered its strength, slowly conquering many of the small independent systems in the Rim. Many fear the threat of a new great galactic war on the horizon.

Concerned by reports of recent activities in ruins of the Great Sith War, the Jedi Council has dispatched a group of its agents to the burned remains of the Jedi Enclave on the remote planet Dantooine. 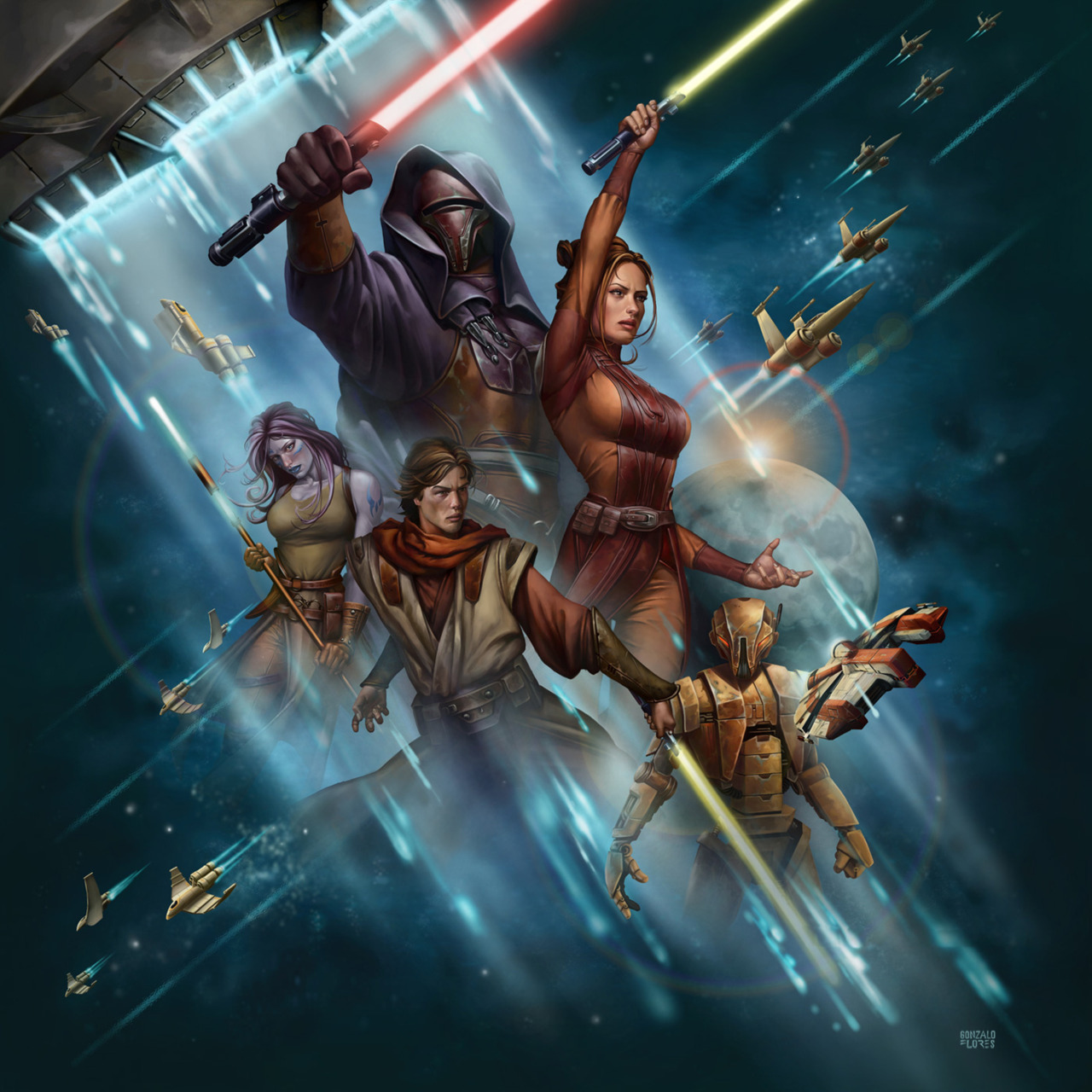 I didn’t post much this month so far because I was busy. With work on my Ancient Lands setting being pretty much complete but the launch of a new campaign still being a while off, I once again turned to my other hobbies for fun. Videogames from the early 2000s (being already old enough to prefer stuff from when I was 16-20 to new releases) and Star Wars.

And I always wanted to run a Knights of the Old Republic campaign, but never got around to it. And just having discovered the Apocalypse Engine games and also started replaying the KotOR game, I simply have to do this now! I am actually getting new inspirations for refining the Ancient Lands all the time these days and don’t expect to be able to stay away from it for long. But for the time being, expect a good amount of Star Wars material around here.