Ruins play obviously a great part in the Ancient Lands and someone has to have build them in the first place. While I don’t want to have a generic post-apocalyptic world I decided to keep things simple and focused and have the majority of ruins be from an ancient time and build by fey races instead of being build by past humanoid civilizations. Ruined castles can have signs of past inhabitation by people, but people-build ruins are going to be almost all abandoned villages. Mortals just don’t have the ability to build castles like spirits can, and never did. It’s not that mortals lost knowledge and abilities they had in the past, but simply that spirits are just much more powerful in every way. Fortunately for mortals, most fey castles have long been abandoned and only few of them are currently inhabited. The fey races are not particularly attached to stability and leave lots of stuff behind when they are done with them, but these tend to remain around for a very long time after that and over thousands of years those abandoned castles add up.

Of all the old builders, the naga are the ones that still have a strong presence on the material world and inhabit and maintain many of their ancient castles, particularly in the southern lands. Around the Inner Sea and the northern lands these are all long abandoned, though. Naga ruins often consists of steep, tower-like ziggurats surrounded by smaller buildings with flat stone roofa that housed vast numbers of elven slaves. They can easily be identified by their lack of stairs, with levels being connected by ramps. They are also generally found near coasts. 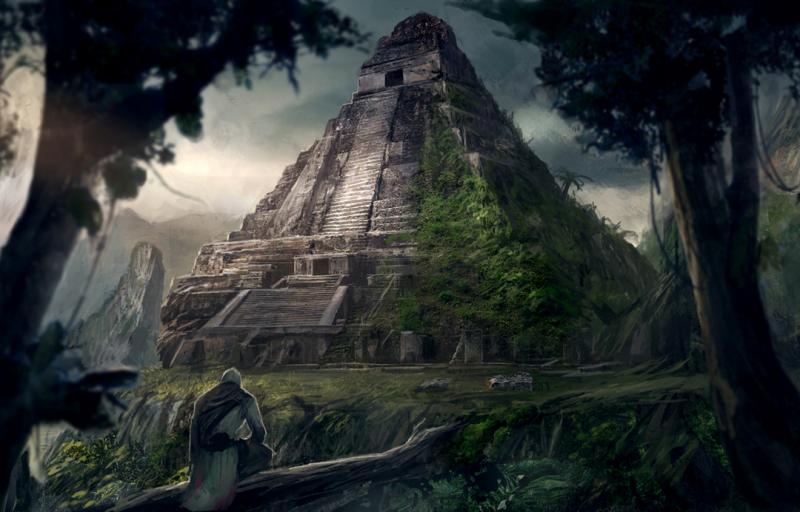 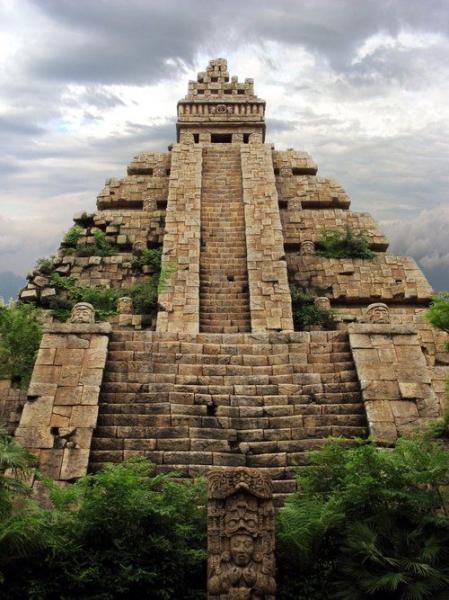 The tower builders were a civilization of shie that built a large number of citadels throughout the northern parts of the Ancient Lands. All their castles have a square base and smooth walls that slighty narrow inwards until reaching a flat top. These towers are build from huge stone blocks that are very accurately fitted together and each have a completely unique shape. Inside, the ceilings are held up by massive supports that start close to the walls and lean sharply inwards to form a kind of trapezoid arch and provide a lot of cover and hiding spaces. 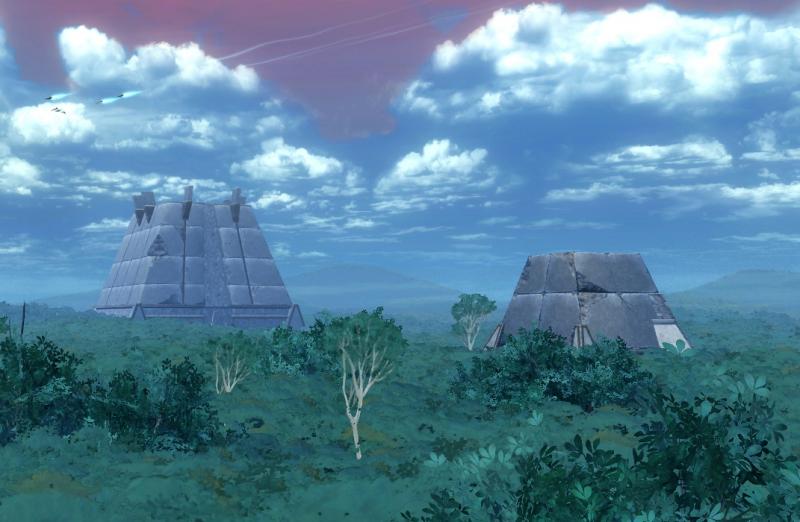 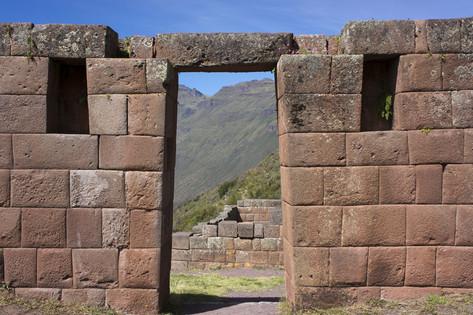 Ruins of the Rock Carvers are mostly found in the area of the Inner Sea, particularly the Akai and Tavir Mountains, but also in various places in the steep rocky cliffs on the coast. Rock Carver ruins are often seemingly low and bulky constructions compared to the other styles of castles, but are mostly located underground, which hides their frequently massive proportions. Often the only parts visible above ground are a steep and extremely thick wall and an only slightly higher citadel that guard the main entrance to the rest of the stronghold. Often these have very few windows that are barely more than arrow slits, but castles in well defensible locations high up in the mountains sometimes have large numbers of great balconies and tarraces overlooking the landscape below. Smaller ruins are often completely invisible from the outside and appear only as easy to miss caves that reveal themselves to be spectacular underground castles. While the working of walls and tunnels is always extremely precise and without any irregularities, many ruins include large natural caverns that have remained entirely unworked and kept in their magnificent natural form.

The identity of the Rock Carvers is a complete mystery to everyone but they have often left behind many enchanted stones and gems. 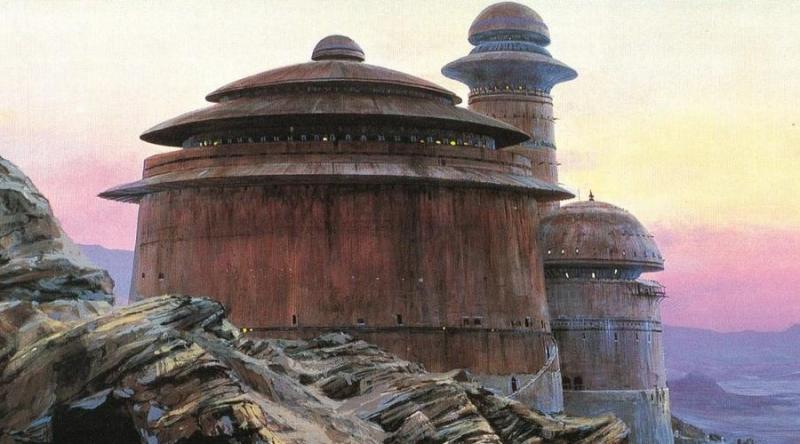 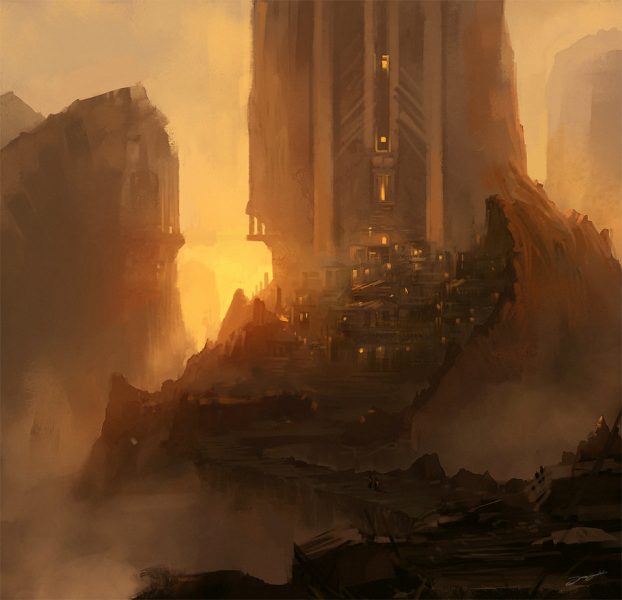 The Tree Weavers were another group of shie who created numerous castles and palaces in the Ancient Lands. Their ruins are widely regarded as the most magnificent ones and appear to have been grown from gargantuan petrified trees and living rock rather than build by masons. Except for floors and stairs, which are covered in tiles of polished marble, there are no flat surfaces or straight angles to be found anywhere in these ruins, with all walls slightly bulging outwards and all ceilings being domed. Many ruins consist of tall towers that often have smaller side towers branching off from them in seemingly impossible angles like enormous stone trees. Other buildings have large marble roofs made from a single piece that look like the shells of colossals turtles.

Tree Weaver ruins are often home to a great amount of plant life, much of it being dangerous and even deadly to people getting too close. 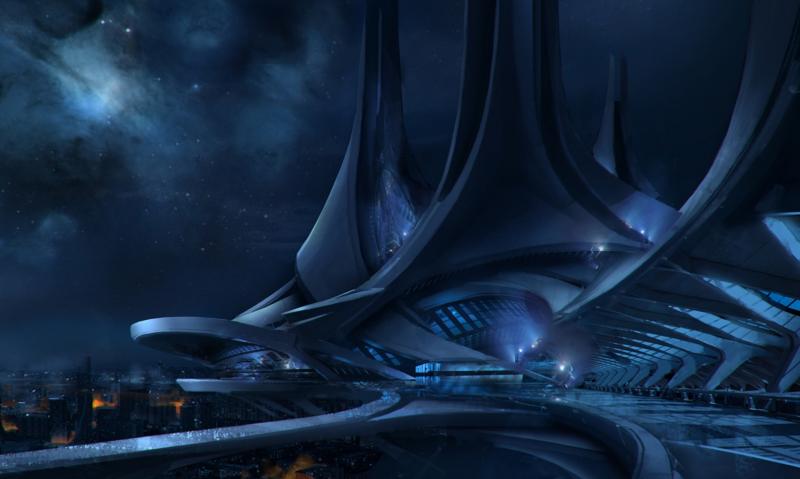 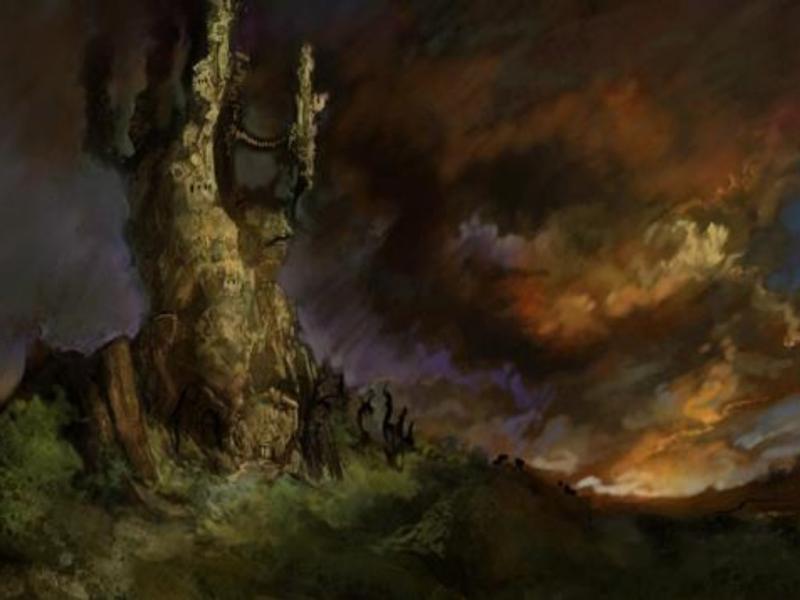 Ruins of the Glass Makers are the most mysterious ones and widely regarded to be by far the oldest. Many even believe that they were build by spirits that have long retreated into the eternal dark of the Underworld. Ruins of this type are made or a very hard dark material that greatly resembles glass an comes in various hues. Surfaces require a great deal of force to damage and tend to merely chip rather than fracturing. Rumor has it that at least in some ruins such damages slowly heal over the course of decades and centuries but they are so infrequently visited that nobody has ever really seen it happening so far.
The architecture of these steuctures, if it can even be called that, tends to be highly bizarre and often seems to serve no discernable purpose. However, they all share in common that they contain large underground sections of which generally much less information is available.

Glass ruins often have areas of high corruption and are sometimes haunted by trapped demons. Sorcerous relics can often be found in them and they are highly sought after by naga and sorcerers. 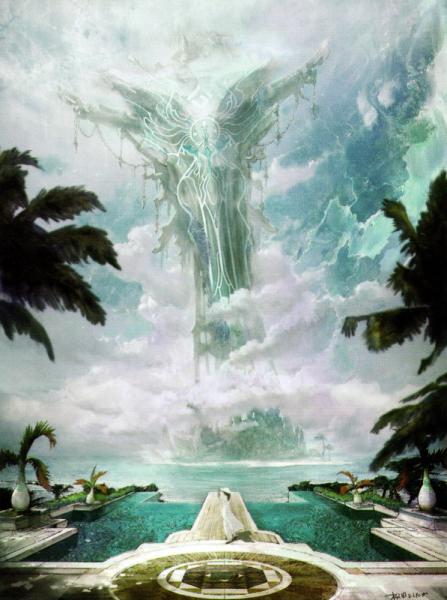 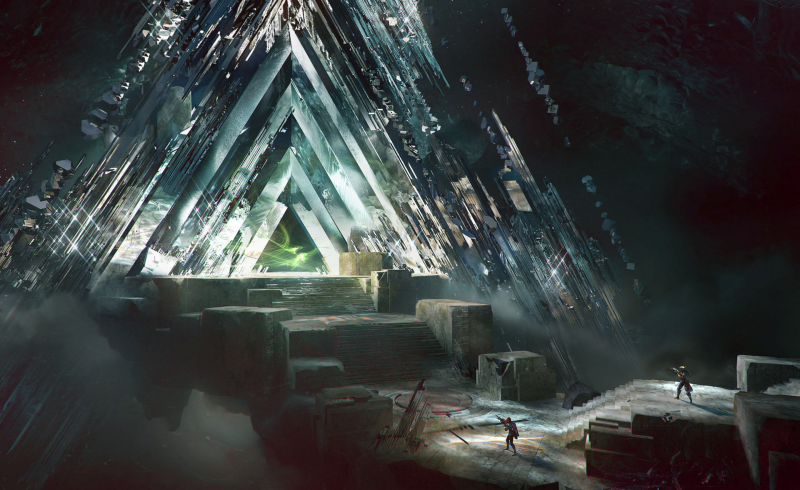 One thought on “The Ancient Builders”