So last weekend at GenCon the third and final rulebook for Fantasy Flight Games new Star Wars RPG has been released. Because they made the descision to split the game into three and have separate rulebooks for smugglers, soldiers, and jedi and the game is using funky dice, I had not really been excited about it from the start. 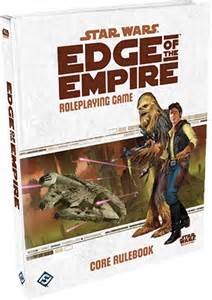 But now that all three books are actually there and you can play a propper Star Wars game, my curiosity returned again. At least a bit. First inconvenience I encountered is that there is no digital version of any of these books. Which means you have to buy the much more expensive hardcover book. And how expensive? 65€! Each! That’s a total of 195€! I can get a PS3 with a stack of games for that money. Who can afford that? I know that you’re not “supposed” to play with all three books and just one. But pretty much every single Star Wars movie, novel, and comic I can think of always has mixed parties of heroes. Narrowly defined parties go against the spirit of the setting.

But let’s assume you have 200€ and nothing better to do with it than buying a new RPG. Are the books overpriced? Well, it seems almost reasonable given that they are 450 pages. Each! Who creates a 1350 page RPG? And this isn’t Mechwarrior or something like that. It’s freaking Star Wars. It’s a pulp setting for pulp adventures. How much rules can you possibly need for that? A tenth of that page count would have been completely sufficient. What were they thinking? 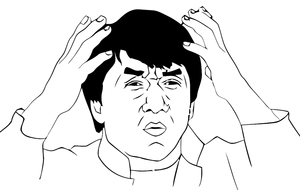 Let’s compare that to the Star Wars Saga Edition game by Wizards of the Coast from the last decade. I believe it’s a revised edition of Star Wars d20 (on which Knights of the Old Republic seems to be based), and while d20 certainly is not a good choice for a Star Wars game (or for pretty much anything other than D&D), it’s so much more reasonable in scale. One book, 285 pages, $40 cover price.

This new game seems like possibly the most ridicoulous game I’ve ever heard of. Though I don’t actually know anything about the rules or the content. Because I don’t have 200€ to indulge my curiosity. I love Star Wars RPGs, but even if I am not a huge fan of the Saga Edition or would be unable to find a copy of the out of print game, I could just as well go with Spirit of the Century or Stars Without Number. Which are free.

2 thoughts on “Fantasy Flight Games Star Wars RPG – What were they thinking?!”