I’ve been spending some more thoughts on undead in the Ancient Lands. Since there is only a single source of natural power and energy, anything that is unnatural is a corruption of it and also comes from the same source. Sorcery, demons, and undead are all really different forms of the same thing. In that context, I’ve been doing some reworking of the common undead types so that everything fits together seamlessly and makes all sense.

I particularly like the ghouls as being some kind of insane mutants. While they look more like diseased humans, they are actually a lot like Golum in most ways. The shadows are also cool. Usually they don’t really do anything and just stand around being creepy, but that means you can use them in much larger numbers and make them a type of dangerous environment. 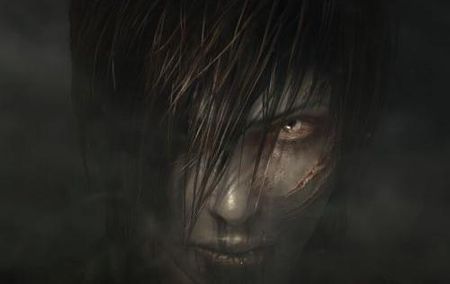 Ghouls are humans, elves, or other humanoids who have been corrupted by the dark magic of sorcery or demons. Though they have never truly died, they resemble the undead, existing in a state between life and death. They grow gaunt with pale skin and dark sunken eyes and are suffering from madness, but are also filled with unnatural vigor and are much more cunning than any beast. Their clawed fingers can crush a mans throat and leave deep rends in the flesh of their victims, and their teeth have the strength to bite through bones, as they regain their strength by feeding on the flesh of humans and beasts.

Many ghouls once were adventurers and treasure hunters who delved too deep into ancient places where the living are not meant to tread, or what remains of those who become slaves of dark sorcerers or demons.

Any character hit by a ghouls attack must make a Moderate Strength roll (+0/TN 9) or be paralysed for one hour.

A creature bit by a ghoul or hit by its claws must make a saving throw against paralysis or be paralysed for 2d8x10 minutes. 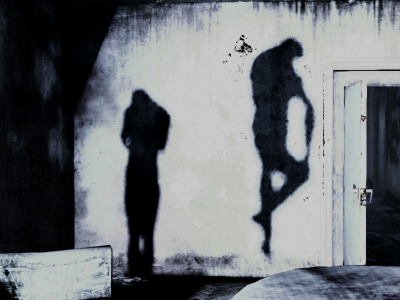 When people die who have been corrupted by demonic sorcery, the Corruption that wrecked their bodies can linger on, turning into Shades. With both the bodies and souls of the original person gone, shades are nearly mindless clouds of Corruption that float silently above the spot where they died. They are normally invisible, but cast dark shadows in the presence of bright lights and they can be clearly seen as shapes of darkness if any light shines upon them in the presence of dust or smoke.

Walking through a shade drains a small part of the life force of living creatures and can start the spreading of Corruption over time. While most shades stand motionless in the spot of their death and don’t seem to react to anything around them, some are aware of the presence of living beings nearby and attack when anything comes too close to them. While their insubstential clawn do not leave any physical injuries, being in prolonged contact with an attacking shade can quickly drain all the life energy of a living person and spread the Corruption through its body. People who survive the attack of a shade often show dark purple streaks on their skin that becomes ashen pale and cold, which will last for several days. Those who die will often leave behind a shade as well, joining those who killed them.

Shades are common in places where lots of people have been killed through sorcery, like the lairs of demons or the sites of sorcerous battles.

When a creature is killed by a shade, a new shade appears in the spot of its death 3 rounds later.

Shades can only be harmed by magic weapons or spells. Any living creature killed by a shade must make a saving throw against Death or Poison or a new shade will appear where it died within 1d4 rounds.