When you don’t have a really good name for it, call it what it is. And these are demons. 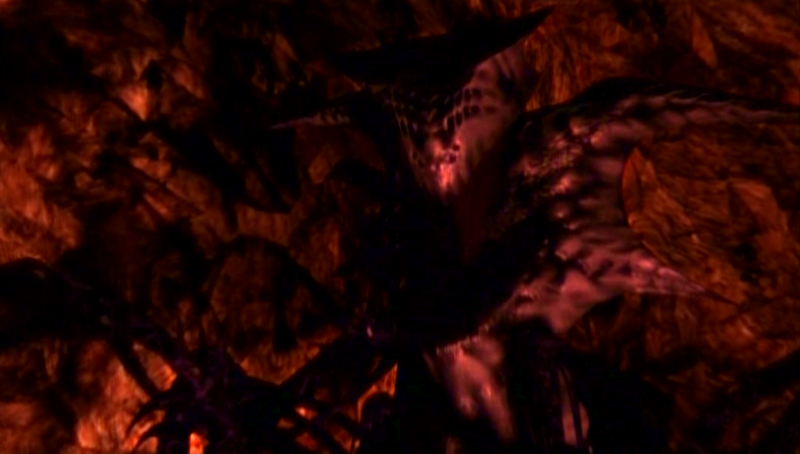 The original idea for these dark and dangerous spirits goes back to when I first read about Daedra in Morrowind, without really knowing anything about them before. The description that the elves called the gods “our ancestors” and those other beings “not our ancestors” was really evocative and made a big impression on me. I only actually met any daedra many years later when giving Skyrim a shot, and it turned out that they are actually just very generic demons. They are described as strange immortal spirits with alien minds, but in practice they are really just lizardmen or humanoids who do evil for the lulz. That was really lame.

I was reminded of that image I had had when encountering demons in Dragon Age, which in that world are simply called demons. They are somewhat more abstract, but I found them still not nearly as weird and alien and horrific as they could have been.

The third source of inspiration for what I want demons to be like, comes from Mass Effect. In the first and second game they are woderfully strange and terrifying, and not being able to do something proper with that buildup is one of the many disappointing flaws of the third game. (I’m still disappointed.)

When I decided that I want to run my Green Sun campaign in D&D, I entertained the idea of using yugoloths as the dangerous alien spirits of the underworld. But then, how do you make them actually weird? Ultroloths may have some potential, but the rest are just too much regular humanoid enemies. They really can’t stand up to this lineup, so I might actually discard them entirely.

Working with images has always worked quite well for me. It makes it easy to notice the common elements between various different things you think have a somewhat general style. In this case, I think it’s quite obvious. The common characteristics of these beings are associations with darkness and shadows, to the point of not having any really discernable shape. They are more vague impressions of beings than truly physcial beings, combined with a lack of humanoid faces. I can work with that.