One of the additions that Worlds Without Number adds to the common oldschool structure is skills. The system for skills is not bad. Basic skill checks are 2d6 plus the appropriate attribute modifier, plus the character’s level in the respective skill for the task. Skill level can be as high as 4 at 9th level, but with the way the cost for each skill level increases each time, I don’t think you’re going to see that often, except maybe for skills like Stab or Magic, which are not usually used as skill checks but rather as modifiers to attack rolls or how much magic a Mage can use per day. I think +2 and the the occasional +3 added to attribute checks is the most that will be commonly encountered in the wild. 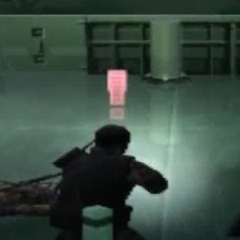 However, one of the skills is Notice, which is something that is usually considered one of the big things that make newer D&D editions unsuitable for classic dungeon crawling, which in the defense of Worlds Without Number, it never claims to do. The GM tells the players the things in a room that are immediately obvious, and then it’s up to the players to ask the right questions to find the things that are not immediately obvious. “You can not roll dice to avoid playing the game.”

Worlds Without Number does not specify when Notice checks are supposed to be made, but after some pondering, I’ve decided that there’s still ways to both make the skill work and also make it worthwhile to put points into for players. One approach is to make the target number of a Notice check to “notice something unusual” very high. I would consider a character with a +2 Wisdom modifier and a +3 skill bonus to be highly specialized, and quite likely the highest total modifier that players might actually be able to field in play. Maybe a total of +6, but that’s probably really it. With a +5 bonus, a character would have a 28% chance to make a difficulty 14 check. A character with a more modest +3 would only have a chance of 8%. That doesn’t seem too bad.

But to still make players work for their progress, I’d add the following rules to making a Notice check to find hidden things: Since searching an area is a group activity, I’d only allow a single check for the whole group, with the highest modifier of any characters in the party. They don’t get four or five checks to maximize their chances of someone rolling a 12. Also, I am thinking that this method can only discover a single hidden thing. So the players better search the place as well as they can before they make that roll. You don’t want to waste it on something that you could have found yourself with two more minutes of thinking. Making a Notice check should be the the final gamble after the party has given up on finding anything else themselves.

Another way to use Notice checks is when it comes to surprise. Worlds Without Number only addresses surprise in regards to one character waiting in ambush to attack another character. In which case it’s a Notice check against a Sneak check. It doesn’t mention how you’d do that with groups of characters (if everyone rolls, it’s boils down to the defenders’ best Notice roll against the attackers’ lowest Sneak roll), and it also doesn’t go at all into the situation where wandering monsters just happen to stumble into the party entirely by accident.

The regular surprise system in B/X is rolling 1d6 for both sides, and on a 1 or 2, that side is surprised. (Both sides can be surprised, and neither side can be surprised.) This roll could instead by made by having both sides make a Notice check, rolled by the character with the highest modifier. Monsters and generic NPCs in Worlds Without Number usually have a +1 or +2 modifier in whatever skills they would likely to be good at. I think Notice checks to determine surprise should always fall under that. Players would easily have a +2 or possibly +3 advantage over the creatures they encounter, and since 2d6 give a normal distribution, that’s really quite big. But this can be addressed by tweaking the difficulty of the check.

In B/X, the chance to become surprised is 1/3rd, so the chance to detect the other group is 2/3rds. Since most monsters and guards in Worlds Without Number have a skill modifier of +1 or +2, setting the default difficulty to detect a group of adventurers exploring a room to 8 gets the closest to those 2/3rds odds. PCs will regularly have higher modifiers to that, since they also get to add their Wisdom modifiers to their check. But monsters prowling the dark tunnels of a dungeon are much less noisy, so to detect them, the difficulty should be a higher 10. And if you have really sneaky creatures prowling in the dark, that difficulty can increase to 12.

Now you might be wondering: “Why do this much more complicated approach to get basically the same result?” That is a good question, Timmy. If I’d design a game from scratch, I just wouldn’t bother with a Notice skill in the first place. And as GM, I totally have the option to just modify the rules and kick out Notice entirely. But each small change you make to the system comes with a cost when it comes to recruiting players when you’re not in the position to tell your existing group that this is what you’re going to play from now on. Getting players for a more obscure system (that is, everything that isn’t D&D 5th edition) is not quite trivial to begin with. Having a somewhat well known and highly regarded name like Worlds Without Number helps a lot in that regard, but when that’s your way to lure in players to your campaign, many of them will show up to play Worlds Without Number. And every change you make to the default rules slightly decreases the enthusiasm people will have to join your campaign. There’s already a good number of changes I am making to the system, like ditching a couple of foci, two of the magic traditions, and completely overhauling the High Magic spells. I’m ditching much of the weapons and armor lists and the whole equipment modification system. All of this adds up to make the game less of what people think of when you ask who wants to play in a new Worlds Without Number campaign. A change like this doesn’t really change anything on the player facing side of the game. They still can get their Notice skill and all the foci that give bonus skill levels to Notice, and they are still going to make plenty of Notice checks while they play the game. Even players who know  the rules might not even notice (huh huh) that anything has been changed at all.

2 thoughts on “Ideas on using Notice in Worlds Without Number”