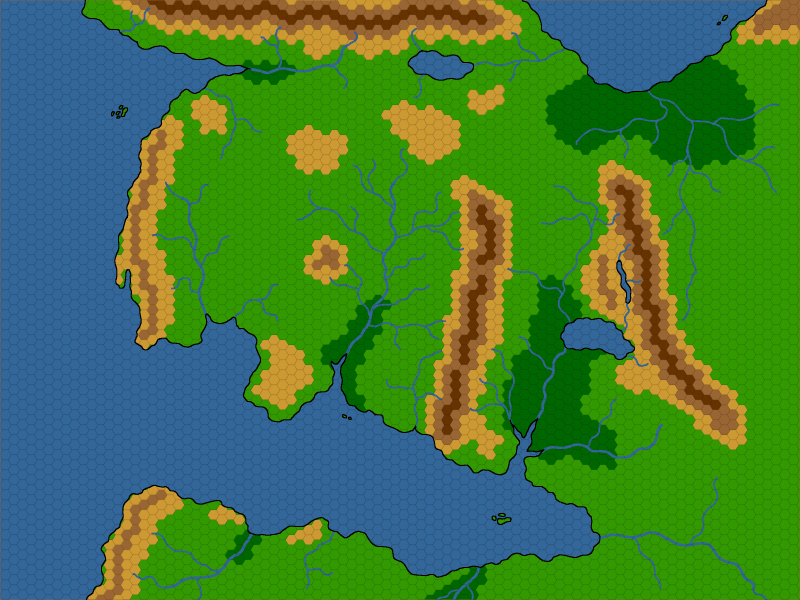 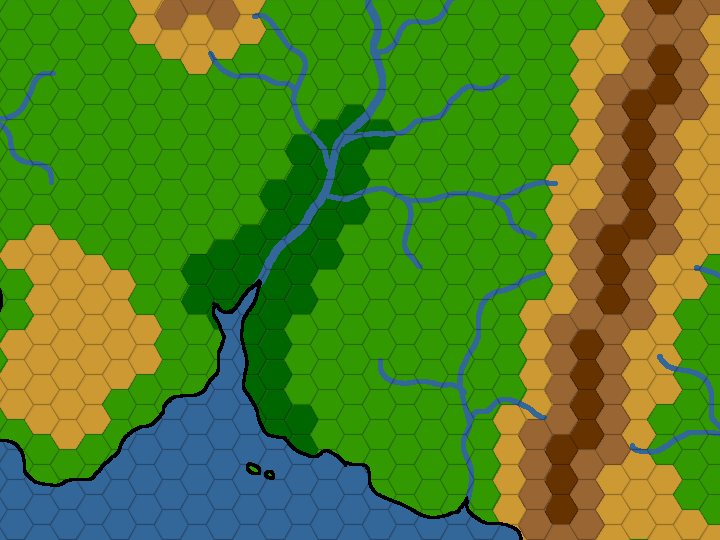 Yeah, I’ve run out of smart titles for these a while ago. A topographical map of the current version of Kaendor with 30 mile hexes. The smaller one being the region I intend to use for the exploration sandbox campaign I am currently working on.

The Lands Beyond the Mountains have been the realm of the asura for thousands of years and greatly avoided by the mortal peoples of the great river valley in the east. When the first explorers crossed the few mountain passes 300 years ago, they found the cities and citadels of the asura falling into ruin, abandoned centuries ago. Shamans and witches journeyed to the West to search for the arcane secrets left behind in the empty ruins, often returning with new magical powers. But one day great clouds of poisonous ash came rolling down from the fiery peaks, burrying the narrow passes. In the decades that followed, the fierceness of the ash storms became reduced in power, but the mountains were haunted by ghouls and more terrible horror. Only within the last generation has it become possible to cross the mountains again, but only the foolish and the desperate make the journey to the West in hope for a new life.