I saw this game a few weeks ago and had never heard anything about it before. Reviews have been very mixed, but usually being either ver negative or quite positive, so I looked a bit closer at what things people thought were bad or good, and decided to give it a try. The biggest issue with the game is, that it’s clearly overpriced, it’s not a 45€ game, and I bought it second hand on ebay for just 20€.

With that in mind, I was otherwise pleasantly surprises. The game has some similarities with the first Witcher and Dragon Age 2, but is clearly more low-budget than the big games of the genre from recent years. The craftsmanship isn’t anywhere near Mass Effect or Skyrim. But other than that, I think it’s quite decent, and personally I’ve been growing to its B-Movie charme. After all, Sword & Sorcery originated in pulp magazines and all movies are B-movies of questionable quality, so the game is in good company here. 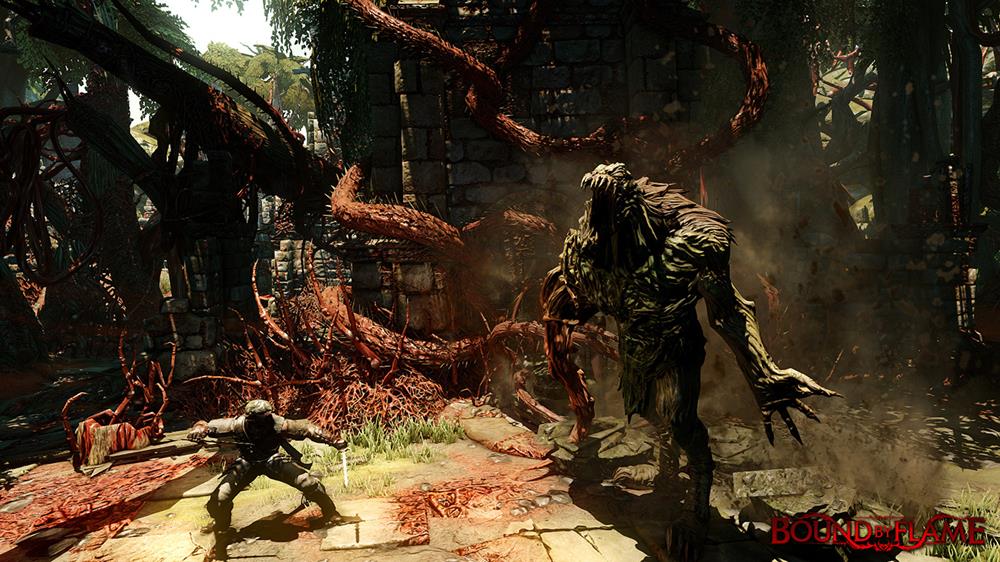 I particularly like the combat, which is the meat of the game. And instead of the combat systems in Dragon Age 2 (press attack really fast) and the Witcher (press attack at a steady speed), you actually have to think a lot more when you strike and when you block and even use quick reflexes to evade in split seconds at times. On a few times I died quite a lot because I wanted to get through without potions, but even then the autosaves are really good and you always start right before the fight in which you died,with no repeating of previous enemies. The other quality of the game are its style and looks. The engine isn’t great and the levels no huge monuments, but I very much enjoy the experience, like in Mirror’s Edge or Shadow of the Colossus. You are in a band of mercenaries in a world overrun by the undead hordes of a group of mysterious sorcerers and help out a group of sages who have an idea how they could improve the chances of survival for some people by summoning a spirit of fire. It doesn’t work quite as intended, but you end up with special powers and fire magic, which give you a significant edge aginst the undead and the demons leading them. It’s not great literature, but a decent enough background story for a quite fun game with both swordfighting and sorcery.

I would rate the game 4/5, though with the added advice to get it for less than full price.