So with everyone cheering at Elon Musk for finally doing something good for the world by sparing no expenses to shred Twitter, there’s been some recent hubbub about Mastodon. Any many people pointing out that Mastodon isn’t just open-source twitter.

I’ve only really seen Twitter in the Alexandrian page and often thought it looks like it could be a really useful tool for sites like mine, but never considered using it. Because it’s Twitter. Just like I won’t touch Apple, Facebook, or Google. But a similar open-source tool from a nonprofit? And now people seem to have a significant interest in it? 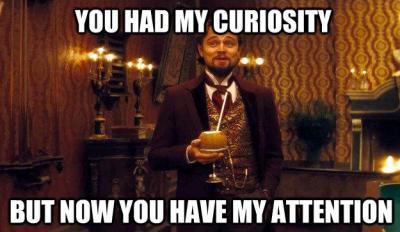 Small RPG sites like this one aren’t the kind of thing that they were 10 years ago. There’s a lot fewer than there used to be, though with new ones still coming up regularly, and many of them only have new posts every month or two, unlike the nearly daily or even multiple daily posts that you see in the early years of many older sites. (Which isn’t necessarily a bad thing, because most of them say nothing of much relevance.) It also used to be that pretty much all sites were on blogspot, but now there’s also substantial numbers of wordpress sites hosted on private servers. And unlike blogspot, there is, for some reason, no widget that lets you show a list of the sites you follow sorted by most recent updates in the sidebar. Which makes following what others are writing on their sites more laborious, and also more difficult to find new sites. There is of course RPG Planet, which aggregates RSS feeds for sites that are signed up, but I don’t find it to be a perfect solution since it always shows you all the sites that are signed up, even the ones you really might not care for but update pretty frequently. And the first two sentences of a post typically don’t tell you much about what a post is actually about. Also, lots of blogspot sites only allow comments with a google-account, and other people have told me that I am by far not the only one who refuses to use one on principle.

I think Mastodon could be a useful tool to help reaching new audiences for sites like these. As it stands, it seems to me like a pretty closed system that you don’t really are aware of unless you already know about it. I still somehow get pretty frequent comments on my posts even though the only way to find my site is through the link in my Giant In the Playground and Enworld signatures and RPG Planet. (Also Dragonsfoot, but if you hang out there you’re already in the in-group.)

What I want to try out is to put up messages on Mastodon every time I have a new post on my site, with a link and a short summary of what the post is about. (Like Justin Alexander does on Twitter.) I think it would also be useful to share messages of “I just saw this post on another site and thought it’s interesting”. Putting such short posts here on this site would make the whole place look cluttered up and I want to keep what is posted here to meaningful articles that are still worth reading if people browse the site some years later. For simple shoutouts like that, something like Mastodon seems a much more fitting tool. And I can put my opinion out on posts by other people who don’t accept comments without some account or registration, even though the odds of them seeing it is probably pretty low.

I think there is potential to boost the sphere of small private RPG sites with Mastodon, if it can get sufficient momentum. Quite possible that two months from now, everyone has forgotten about it again already, but this sudden surge in interest because of Twitter might be an opportunity.

This is why I have now made a Mastodon account where people can get updates about new posts on Spriggan’s Den. And why I want to encourage other site owners to also give it a try, as well as readers. Maybe this could be a new boost in interactions, which can also be conductive to more ideas worth writing about. And unlike Google+, there’s no significant risk that the service will be shut down in a year or two. :p