Feeling particularly fed up with the D&D Fantasyland cliches, I found the motivation to resume work on Planet Kaendor and go full out with the Sword & Sorcery treatment. I once again had Kenshi and Conan Exiles on my mind, and now Forbidden Lands. (Also Morrowind, because I always do.) When I last ran out of steam, the setting seemed a bit bland and stale, but I think a new backstory could do wonders to give it the spark it needs without reworking the geography and culture in significant ways. 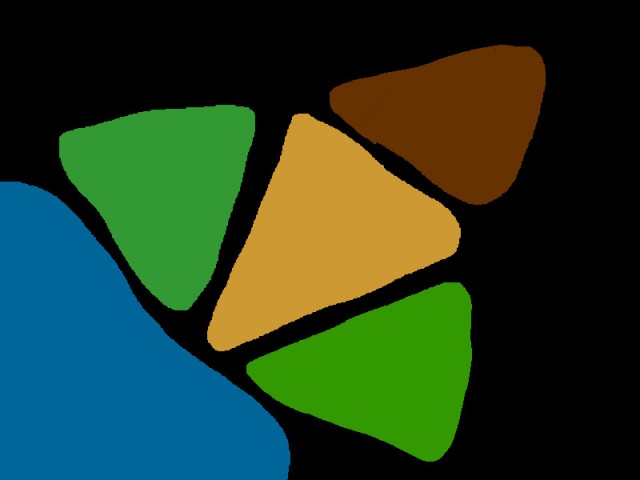 Long in the distant past, the lands between the Sea in the West and the Mountains in the East was home to the northern civilization of the Rakshasa and the southern civilization of the Naga. Eventually the two rising powers came into conflict, which turned into centuries of warfare. As the wars dragged on, both sides unleashed incresingly devastating sorcery, turning the forests that made up the borderlands between the two powers were into a blasted wasteland. Even when armies managed to cross the burned plains to lay siege to the enemy’s cities, there was no way to possibly hold a city that was taken on the other side, and so the original plans for conquest gave way to a rage of blind destruction. As the desolation spread further into the two great woodlands and both sides exhausted their power, invasions became more difficult and less frequent, until eventually they simply stopped altogether, with nobody having any claim to victory.

Where the burned wastelands slowly recovered over time to turn into a great plain of grass and shrubland, the two battered civilizations did not. When the shared enemy from the outside faded into the distance, cities turned against each other, further reducing both realms into hollow husks of their former selves.

Eventually, human barbarians from the Mountains in the East came down into the depopulated plains. First to hunt the abundant grazing beasts, but then to settle the fertile banks of the great rivers. Three shaman kings managed to defeat the last rakshasa lord ruling in the plains and somehow gained immortality for themselves in the process. Each of them claimed one of the former rakshasa cities for themselves as conquerors, though two of the cities had already been abandoned long ago at that point.

While human civilization grew in the plains, they always stayed clear of the great ancient woodlands to the North and the South, as the Rakshasa and Naga that continued to live beneath the trees were still terrible foes to face. But over the last generations, hunters and explorers have dared venturing deeper and deeper into the northern woodlands, and rumors spread that the Rakshasa seem to be gone. Many have doubts that these ancient beings have truly disappeared for good, but to many people in the western plains, possibility of a life beyond the reach of the sorcerer kings is very much worth such a risk. The northern woodlands are not just calling to those who wish to escape the grasp of the sorcerer kings. Abandoned rakshasa castles and towers promise powerful magical artifacts that might have been left behind and forgotten, and whose value could be beyond measure.