There have been two thing about campaigns that have been torturing me for many years and caused me endless frustration about never really getting to run the kind of game I really want to. The first of the two is how to make dungeons interesting places to explore, which I finally did discover eventually. (In short, it’s the tension of being careful but not lingering too long in dangerous places, and rewarding poking around in dark holes with treausre as the main XP source.) The other one is the question of what motivates characters in campaigns centered around rogues and scoundrels to go on dangerous adventures other than unashamed selfish greed. You don’t need any additional reason to fight evil snd save the innocents in campaigns in which the party consist of chivalrous heroes, but for many types of campaigns such characters really wouldn’t be fitting the basic premise. 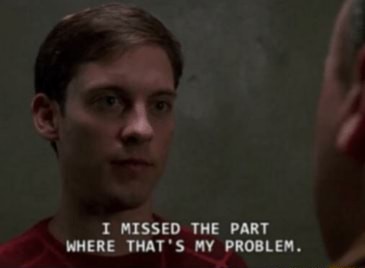 I was recently thinking about how Kenshi could provide useful ideas for the B/X campaign I am working on. It is a videogame with no victory conditions, no quests, no plot, and no real dialogs, but the way the mechanics of the game are set up, it automatically creates the most fantastic stories full of tension and drama all the time. Amd that got me thinking about push and pull factors when it comes to motivating characters in any kind of story.

Typical stories of heroism are all about pull factors. The heroes see an evil, injustice, or threat against others, and being heroes feel compelled to get involved and do something about it. The fact that they choose to take action when everyone else didn’t care or didn’t dare, amd they themselves don’t really have to either, is what makes them heroic. Heroic characters are always popular and characters who are motivated by pull factors tend to charge towards the greatest danger, where all the cool action is. Which is why we see stories with pull incentives being so dominant in fiction. Pull factors also make things easy for GMs since you know what the PCs will be attempting to achieve and which possible paths can lead there even before the players have been introduced to the adventure. Adventures motivated by pull factors are very predictable.

Push factors work rather different. A push incentive is anything that makes it impossible for characters to remain in the situation they are in and force them to leave their default starting position. In most media, a simple push incentive can be that characters hate their current life and want to head out to head for excitement. This works very well in most narrative media where the writer is always in complete control of the whole story and nothing bad will happen to the characters unless the writer wants it to. Players in an RPG have no such control and there are real dangers for their characters that can cause severe damage up to death even when the players really don’t want that at that moment. Within the context of an RPG, players have a strong incentive to minimize the risks to their characters. At the same time, it’s a medium that’s at its strongest during scenes of external action, while being generally very weak at internal reflection. You can write inner monologs and characters struggling with their emotions, and there are many great techniques to communicate such things visually in film. This is something that just doesn’t translate to RPGs.

While internal push factors like unhappiness, dissatisfaction, and boredom don’t really work in RPGs, there are still external push factors. In Kenshi, there is a single external push factor, which is the need for food. All characters need food, and with Kenshi being a desert moon, there is ver little available. It is very easy for your characters to stay safe in a spot where they won’t be spotted by wirld predators or raiders. But there is no food in the barren desert and so you have no choice but to try getting some. You can try killing wild animals, stealing food from settlements, taking food from unconscious NPCs, or buying food from shops. The first three require skills and come with considerable risk. The last one only takes money, but to make money you also need skills and expose yourself to risk. You can try to reduce your risk by getting better weapons and armor, which again costs money, or you can try building a farm to produce your own food. But then your new farm will attract raiders like flies, so you need to build fortifications and get more characters to keep your food from getting stolen. And those new characters also need better equipment, which means finding ways to make money. And you can see how this snowballs very quickly until you might end up with dozens of characters, several strongholds, and multiple ore mines and workshops to equip your people with the best gear possible. All of this hinges on that little hunger bar on each character that is alwsys going down slowly.

For an RPG, the best push incentives can be the ones that continue pushing indefinitely. Something that just keeps forcing PCs to get up, move out, and do something. The other RPG thing I’ve been tinkering with on and off besides Planet Kaendor is a space campaign about a group of PCs with a small ship cruising around a frontier region of known space. The idea I have for the campaign is one with little room for idealistic charity workers with big guns, but I am also not really interested in making it a campaign about outright nasty criminals. Characters who are mostly just trying to get by but keep ending up in exciting situations is more what I have in mind. Such a premise really needs motivations in the form of push factors. A very convenient one in this case is spaceship maintenance costs. If at any point the players don’t really know what their characters would be motivated to at that moment, when they are set up nicely and life is good away from any immediate danger, simply advance the time a couple of month and deduct the maintenance cost for their ship from their money. Eventually money will start to run out and they have no other choice than start asking around for something that will pay.

One thought on “Character motivation in a game with no goals”