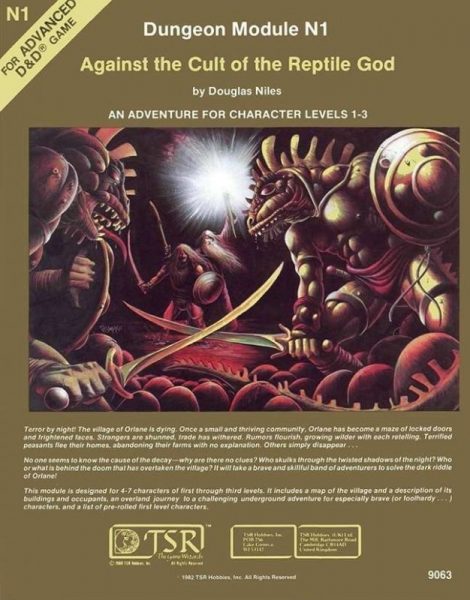 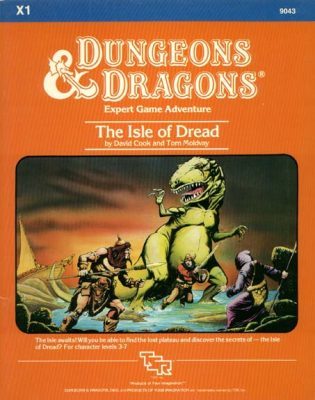 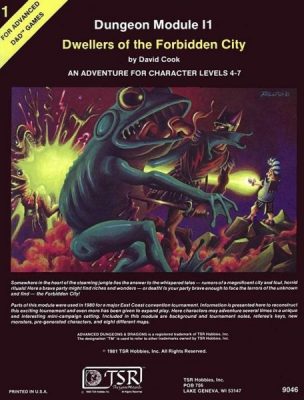 I returned to university last year and right now it doesn’t look like classes will resume until may at the earliest. So I really can’t pass up on the opportunity to get a new online campaign off the ground.

And this is as good a time as any to finally make use of my old idea to combine I1 Dwellers of the Forbidden City, N1 Against the Cult of the Reptile God, and X1 The Isle of Dread into one big B/X campaign. Combining my three favorite modules is really quite easy. The Forbidden City replaces the ruins in the volcano on the Isle of Dread, and the Reptile God is an emissary of the Dwellers trying to establish a foothold on the mainland.

All of this will be set in my Green Sun setting, which I recently decided to give a little update to make it more interesting and conductive to adventures. I finally overcame my aversion to post-apocalyptic settings and decided to take inspirations from the Bronze Age collapse. The world of Kaendor is now set in the days after a century long period of increasing storms and rainfall, that has caused much of the farmland to become too swampy for local crops and many of the coastal cities to be lost to erosion. There are now only a dozen city states left with most people living scattered in small villages in the forests, where they can get by with hunting, fishing, and foresting.

The old trade networks that enabled the large scale production of bronze have collapsed, but fortunately old bronze can be recycled very easily. When the first cities were abandoned by their people, nobody saw how great the scarcity of bronze would become, and much of it was left behind for being too heavy. Now these forgotten stockpiles of bronze ingots are worth their weight in silver and a draw for many treasure hunters. But buildings that have collapsed in typhoons or landslides also uncovered large numbers of previously hidden vaults and tombs.

In the jungles of the south, the ancient serpentmen are sensing the fall of the younger civilizations, and many of them remember their old dreams of their return to power and reclaiming the lands of Kaendor for themselves. Currently there seems to be little chance of that ever happening again, but that doesn’t stop ambitious snake sorcerers from sending their minions north.

And deep beneath the sea, the primordial aquatic horrors and the fishmen are watching the events in the world above.

And given the source material, I need to have an NPC cook named Zeb. :p