The story of King Valdemar of Demark and his daughter Margrete has all the stuff for a Nordic Game of Thrones. Someone should write it. But not me, at least not for now. Big politics is not really my thing when it comes to fantasy. But there is plenty of other really inviting material from the 13th and 14th century Baltic Region that is just asking to be adapted into fantasy settings. Where else would you find German crusaders, pirates, Mongols, and (Byzantine) Romans mingling in one place?

The Hansa are the megacorp to end all megacorps. The East India Company might have come close, but both of them left the Japanese Zaibatsu or any currently opperating conglomerate in the dust. The Hansa were an association of merchant guilds from various trading cities in Northern Europe, particularly the Baltic Sea,which turned out so succesful that they gained a complete shipping monopoly in many major ports of the region and were able to gain huge concessions from the rulers of these places. With time they became so ridiculously wealthy and powerful that they turned their major centers of opperations into independent city states, effectively becoming their own country. Their private security forces grew into an army that at one point declared war on Denmark and Norway. And won.

I don’t plan on giving the setting a large numbers of cities so I am probably not making them a major power in their own right, but I definitely want to have a ridiculously powerful and influential merchant guild that fields a considerable mercenary army.

Everybody knows about the crusades for the Holy Land. Much fewer people know about the Baltic Crusade. Which isn’t just a figurative term. When the pope declared the Second Crusade against the Abbasid Caliphate, he also gave the go ahead to the North German and Polish nobles to conquer the pagan slavs of the  eastern coast of the Baltic Sea and convert them to Christianity. (And preferably Catholic, not Orthodox.) The Teutonic Order had been founded in Acre, but when that didn’t quite work out for them they returned north to help out the Livonian Brothers of the Sword who were in dire need of support. The Teutonic Order carved out its own crusader kingdom covering all of the southern coast east of Mecklenburg, that lasted until the Reformation when it was converted (pun intended) into the Duchy of Prussia. The Teutonic Order was a major military power of the region in the 13th and 14th century and got into several wars with the Poles, Russians, and Mongols.

The 14th century also happens to be the time of the Great Plague, which took it’s toll on the Northeast of Europe just as everywhere else. Which is to say, at apocalyptic scale. Legend has it that the plague came to Scandinavia on a ghost ship washing ashore in Denmark, which I think is a really cool story when you try to picture it.

The Cossacks have not really appeared on the scene in 14th century and they never inhabited the coasts of the Baltic Sea. But they are still a fascinating element of East European history and I’m drawing from the Byzantines as well, which were even further south. The origin of the Cossacks is rather unclear, but they first appear in historical records as a people of horse warriors from southern Ukraine. There is a widespread belief that they originated from an assimilation of Tartars from the Khazar Khanate into local Slavic people and rose to prominence in the aftermath of the Mongols wrecking any existing political order in the Region a few centuries later.

Since I am not trying to write historical fiction but to create a fantasy world inspired by history, I want to take all the best pieces and combine them into something new. I don’t have a name for them yet, but my idea is to have a seventh ethnic group that evolved from scattered groups of survivors from fallen Wood People and Stone People city states that adapted to a semi-nomadic culture to survive. They have no cities of their own, but numerous small villages scattered over a vast range of otherwise unclaimed wilderness where spirits roam in large numbers. Because of their familiarity with the Borderlands, they are highly sought after mercenaries by any city states trying to expand into these regions.

Long before the Reformation, the Christian Church had split into a Western and Eastern church, now commonly best known as the Catholic and Orthodox churches. The Germans, Danes, Swedes, and Poles that pushed into the pagan lands from the west were all Catholics, while the Russians in the East were Orthodox. Relationships between the two were far from good and the Fourth Crusade never got to Jerusalem because along the way the the Catholic crusaders decided to make it a crusade against the orthodox Byzantines. For this setting, I can imagine the Mysteries of Fire and the Mysteries of the Moon to have a similar relationships, with the former being represented by Ash and Stone people, and the later by Wood and Snow People.

I mean seriously. These helmets are so much more badass than the prissy Western European aventails. 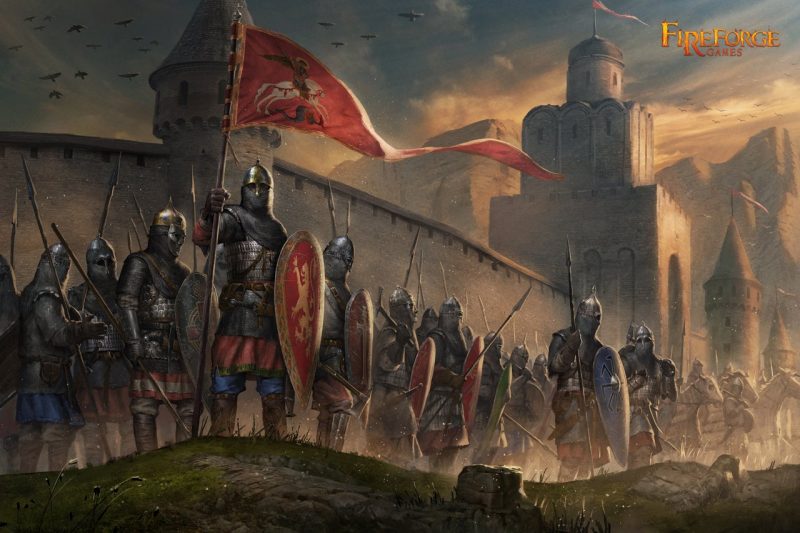 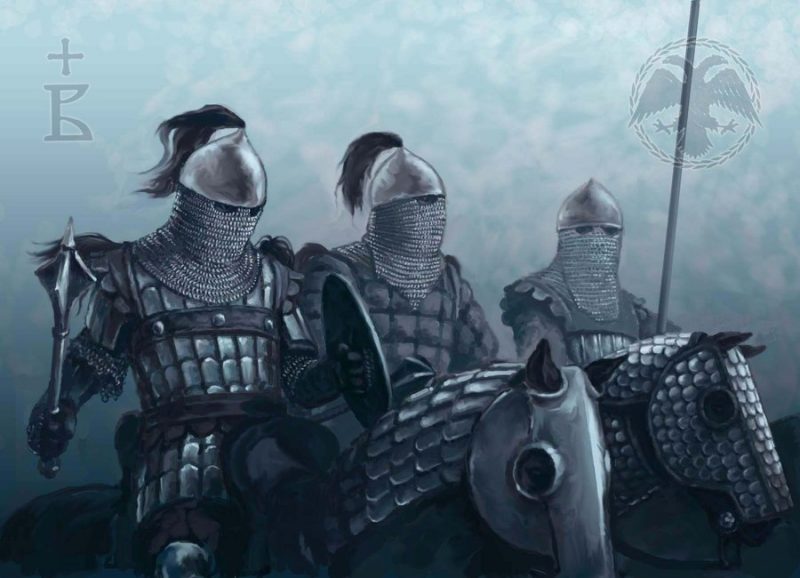