Everyone is still excited about Mars. And I can remember how 20 years ago it really was the big thing to do in space. Everyone was wondering if there was or is water, and perhaps there are some tiny bugs or mosses living in cracks in the ground and things like that. But now we had a lot of probes on Mars that did really well and even had a close up shot of a bit of ice under the red dust. Reaction was “huh, that’s pretty neat”, but didn’t really seem like such a great discovery anymore, with much more interesting stuff going on the Jupiter and Saturn moons and planets around other stars. And even after a decade of combing the desert of Mars, other than ice we ain’t found shit!

Hunting for life on Mars has for a very long time been more about searching for traces of microbial life on Mars from billions of years ago. With some hope to find tiny fish on Europa or Enceladus and methane rivers on Titan, Mars really looks pretty boring now. No real need to get any scientists on the ground there to research microbes anymore. So getting people on other places than Earth and the Moon is really mostly (or entirely) because we could and it would be cool. So let’s scrap going to Mars, that place sucks. Venus would be so much cooler to go to. 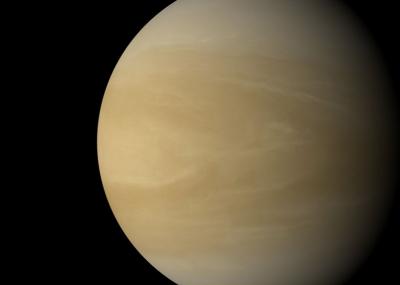 Now the big problem with Venus is that the surface is about 470°C hot and air pressure more than 90 times higher than on Earth and enough to crush almost all submarines. Also, the atmosphere consists mostly of Carbon Dioxide and sulfur dioxide, which likes to form sulfuric acid. Which makes Venus the worst place to land on in the entire solar system, other than the surface of the sun. However, you don’t have to land on it when you could also cruise around in an airship high up in the clouds. And then it’s actually probably the nicest place for humans in the solar system other thab Earth.

Really, the only annoyance about Venus is the sulfuric acid, which really is only a big problem when you get it on your skin and in your lungs. Which is sad, because otherwise you could go paragliding on another planet with nothing but a breathing mask. If weather is good and there are no acid clouds nearby, you probably still could get out on the roof without a full suit, enjoying the sun for a few minutes. Having irritated skin for a week and a minor sunburn would be totally worth it.

So yeah, forget about Mars, Venus is so much more fun.